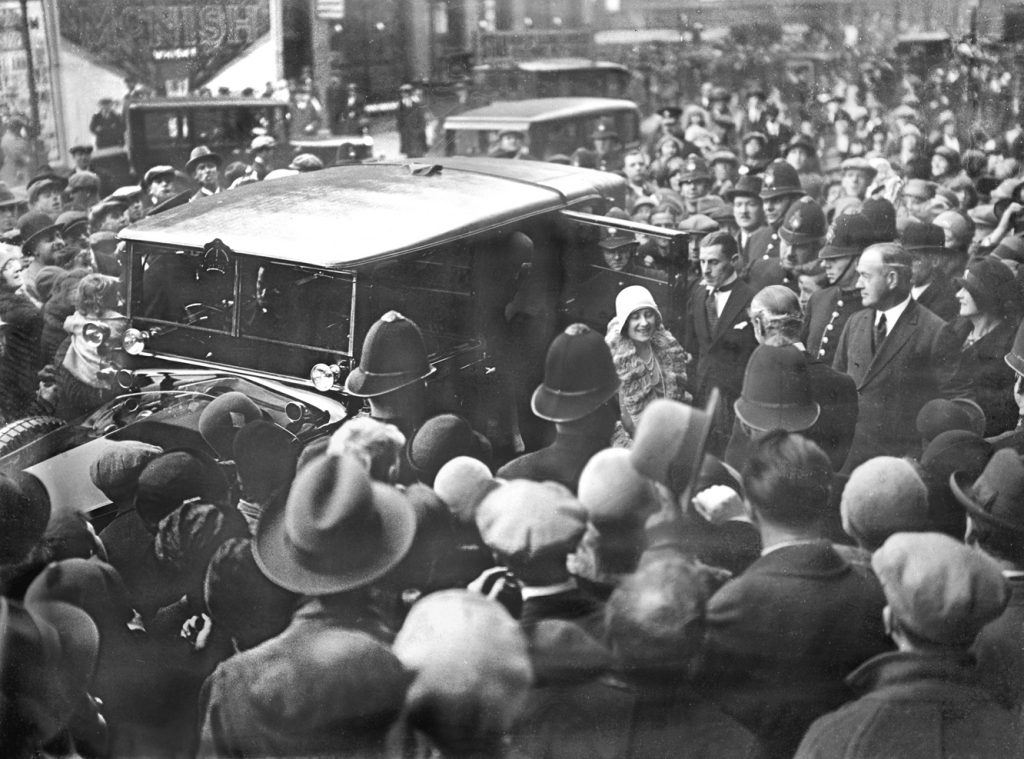 The Old Vic, as it is now known, first opened on 11 May 1818 and was named the Royal Coburg. Building work commenced two years earlier when Princess Charlotte of Wales laid the foundation stone. In 1833 Princess Victoria, aged fourteen, was brought to see a ballet at the theatre. That Princess became Queen Victoria, and the theatre was later and affectionately known as The Old Vic. Its centenary gala in 1918 was presided over by Queen Mary – The Prince of Wales’ great-grandmother.

On 30 October 1929, the late Queen Mother unveiled a plaque on the front of the theatre in honour of its benefactress Emma Cons. The Old Vic will restore this plaque during the bicentenary year to honour the dedication Cons had to social work and to helping others. Emma Cons and her niece, Lilian Baylis were two figures without whom The Old Vic would not be such an ambitious and indispensable part of London’s cultural landscape as it is today. It is the theatre from where, in 1931, Baylis opened her second theatre: Sadler’s Wells. The twinned venues presented drama, opera and ballet eventually forming The Royal Ballet and English National Opera. As a constant reminder of her contribution to The Old Vic, the theatre displays Baylis’ mantra, ‘Dare, Always Dare’ in the foyer.

Around half a century later, Her Majesty Queen Elizabeth’s son, The Prince of Wales, founded the charity, The Prince’s Trust – which helps young people aged 11 to 30 get into jobs, education and training.

To mark His Royal Highness’ Patronage and The Old Vic’s 200th birthday, The Old Vic and The Prince’s Trust today announce a partnership that fuses the best of The Prince’s Trust’s work in helping thousands of young people to transform their lives together, with The Old Vic’s ability to use the transferable skills learnt in a theatre to increase the employability of the next generation.

The Old Vic will provide four work placements a year for young participants attending The Prince’s Trust’s Get Hired projects and will train (and in some cases hire) front of house staff from other Prince’s Trust programmes for its flagship employability project, Front Line.

In a letter introducing The Old Vic’s bicentenary year, The Prince of Wales said:

‘As The Old Vic celebrates this remarkable milestone, I can only congratulate its staff and supporters on all that has been achieved so far and I wish this great national institution every possible success for the next two hundred years.’

Of the Patronage and partnership Kate Varah, Executive Director of The Old Vic said:

‘The Old Vic is more than a theatre. A commitment to educating the next generation has been a part of its DNA for 199 years (for 40 years of them an education college was even run backstage). As we approach our bicentenary in 2018, with HRH The Prince of Wales as our Royal Patron, this happy collaboration with The Prince’s Trust allows us to demonstrate the wide benefits that theatre, this theatre, brings. Creativity, confidence, perseverance, problem solving, are all skills gained by the young people that take part in our employability programmes each year. For many, this is where they take the next vital step in their lives towards employment and independence.’

Of the partnership Dame Martina Milburn, Chief Executive of The Prince’s Trust said:

‘Since HRH The Prince of Wales founded The Prince’s Trust more than forty years ago we’ve supported 870,000 young people. We’re really excited that this new partnership with The Old Vic will give even more young people the opportunity to create a brighter future. We hope The Old Vic’s bicentenary year is an amazing celebration of British culture.’

Banner image: Oct 30 1929 – The Duchess of York was mobbed as she arrived at the famous ‘Old Vic Theatre to unveil a memorial tablet to the late Miss Emma Cons, founder of the theatre. Copyright Getty.