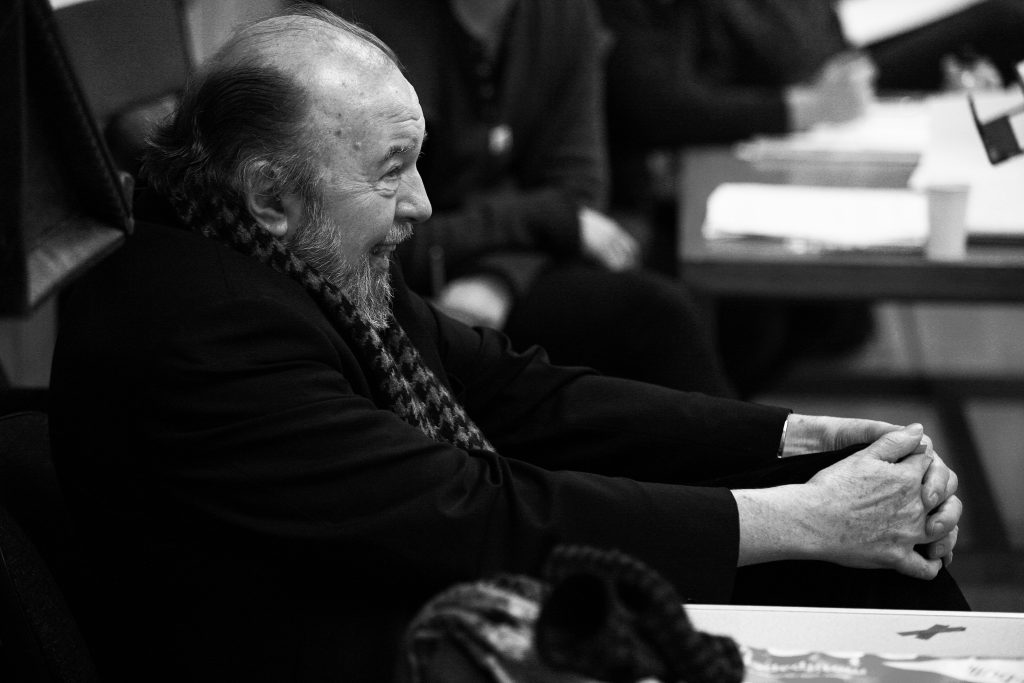 Peter Hall created memorable theatre at The Old Vic when he took over the artistic directorship of the National Theatre from Laurence Olivier to lead the Company into its new home on the South Bank. Because of building delays to the new NT building, the first extraordinary productions, including the world premiere of Pinter’s No Man’s Land with Gielgud and Richardson and Becket’s Happy Days with Peggy Ashcroft, both directed by Peter were shown first at The Old Vic in 1973.

He returned in 1996 with his own company which included Felicity Kendal, Geraldine McEwan, Ben Kingsley, and Alan Howard and gave the artistic life at The Old Vic a new lease of life after a long period of uncertainty. In 1997, it was announced that The Old Vic was to be sold and Peter Hall’s production of King Lear in December 1997 marked the final performance under Ed Mirvish’s ownership. Peter joined the cast and backstage crew on stage tearfully told the audience that he feared no one would come forward to use the building as a theatre. Fortuitously, a group of philanthropists lead by Sally Greene came to The Old Vic’s rescue, it was reinstated as a producing theatre and Sir Peter Hall’s fears were unfounded. He gladly returned one final time to direct Pygmalion in 2008.

Sally Greene, Chief Executive of The Old Vic, said ‘Peter once said of The Old Vic: “There are three theatres in London that completely capture you when you walk in. One is the Haymarket, the second is Covent Garden and the third is The Old Vic. Not because they’re period buildings but because they have such a welcoming quality. If people feel happy here, I think that’s to do with the decades of happiness enshrined in this auditorium.” Peter himself was one of the magicians who created this happiness. He was universally loved, and he will be missed by us all.’