The Old Vic and the Second World War Bomb

After his sojourn in St Martin’s Lane…

No, William cannot have it all his way.

No Crispin Crispian. This is Lilian’s day.

From wartime wreck, refreshed with paint and brick.

Rises no Phoenix, but the fabl’d Vic,

The New Vic, yet the same Vic of old,

Resplendent in her plush and native gold…

Christopher Hassall, written for the reopening of The Old Vic and performed by Dame Edith Evans

On this day in 1950 The Old Vic reopened after ten years in the dark.

‘On the front of the programme was the head of Lilian Baylis. If it has somewhat softened her usually stern expression, the artist may be forgiven. Last night she would have smiled’ Daily Telegraph, 15 Nov 1950

‘The much loved old theatre has had its face well and truly lifted which, while arousing doubt and a sentimental nostalgia in the hearts of the faithful, will, with its red plush and new paint, surely do us credit… This was still The Old Vic’ Queen Magazine, 22 Nov 1950

The doors had closed in September 1940 at the beginning of the blitz and in May 1941, the building was hit by a bomb which blew out the outside wall of the rehearsal room at the top of the theatre (although the original bare roof trusses from 1818 where untouched and still remain to this day).

Over the next decade, the Company was housed at the Victoria Theatre in Burnley, the Liverpool Repertory Theatre, the Theatre Royal in Bristol (which is now the Bristol Old Vic), the New Theatre (now the Noël Coward Theatre) and embarked on tours of a newly liberated Europe and beyond.

Meanwhile, an extraordinary drama school started making use of the empty shell of The Old Vic. In 1947, pupils of the newly formed Old Vic Theatre School, including Joan Plowright, later Lady Olivier, worked amongst the rubble of the auditorium, the foyer, the bar and the rehearsal room beneath a sheet of tarpaulin which patched up the bomb-damaged roof.

The Old Vic continued to make and nurture theatre in order to educate, entertain and inspire in one of the darkest periods of Britain and the world. The spirit of excitement, passion and innovation that has sustained this building for two centuries sustains The Old Vic today. Support a long and exciting future for The Old Vic. Any donations we receive are channeled directly into maintaining  our programme of adventurous theatre for as wide a range of people as possible.

‘The first time these old eyes of mine fell on the stage of The Old Vic, they were young eyes – they looked out of a fat, six-year-old face. I say they ‘fell on the stage.’ I mean almost literally they popped out and projected themselves on to the stage. It was 1916 and the Zeppelin loomed like an apocalyptic shadow over the night sky of London. It was my first theatre: it was Shakespeare and it was The Old Vic, in the Waterloo Road. Blessed be that night and blessed my mother who took me there, and blessed be The Old Vic… A bomb closed it in 1940. Next week the doors open on a rebuilt theatre and Shakespeare again walks the Waterloo Road’ Lionel Hale 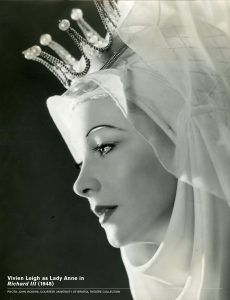 Vivien Leigh and The Old Vic 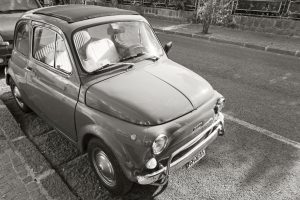 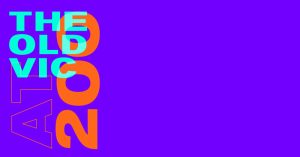