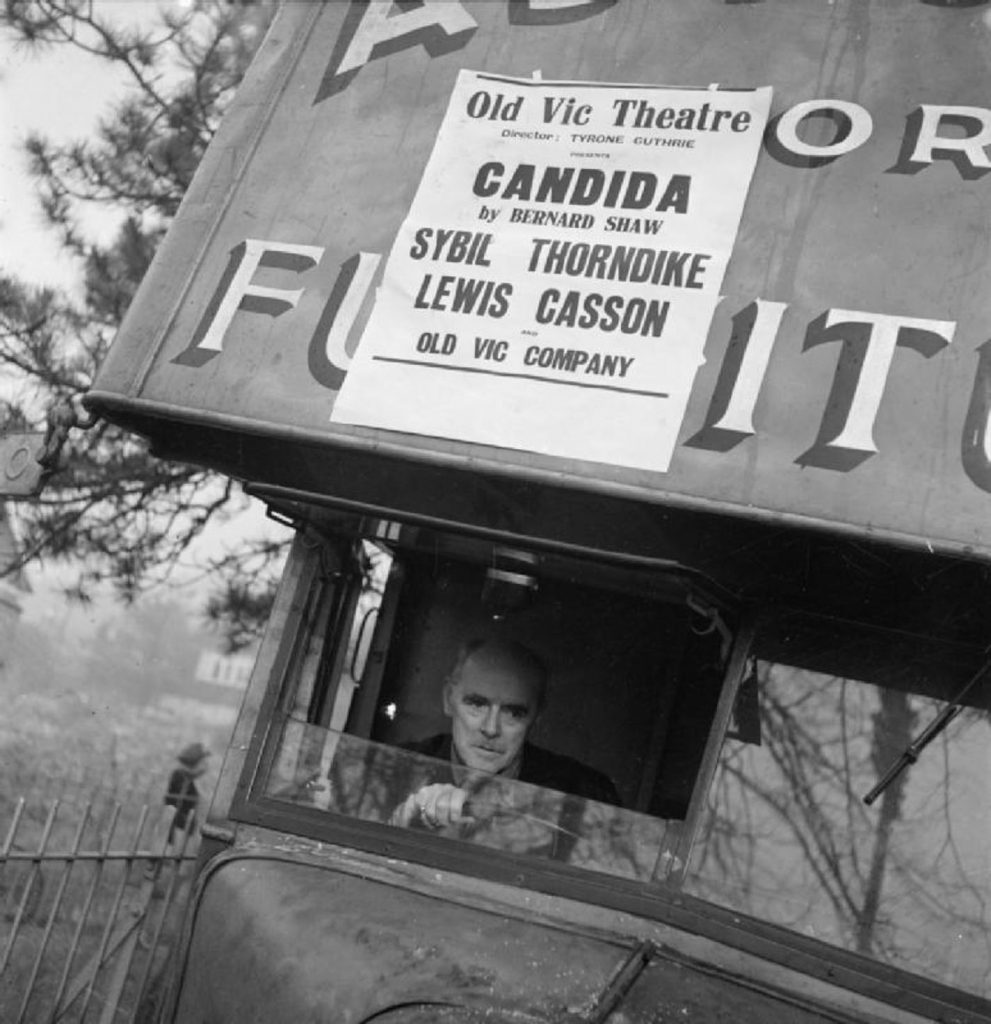 The Old Vic has stood on The Cut for almost 200 years amidst the First and Second World Wars. Despite the black outs and the bombs, the Company continued to make theatre for the nation.

At the outbreak of The First World War, actor, director and impresario Ben Greet was one of many charged with cheering the nation. He came to The Old Vic offering a season of Shakespeare to Lilian Baylis and stayed for the next four years. Whilst the austerity of war meant that West End theatres were putting on fewer lavish productions and very little Shakespeare, The Old Vic (being well accustomed to frugality under Lilian’s management) thrived, putting on 24 Shakespeare plays over four wartime seasons. They presented weekly changes of carefully arranged and edited versions with women filling in minor male roles due to the shortage of men, making The Old Vic one of the only places in London to see works by the bard himself:

‘One of the things that astonishes American and colonial soldiers is that they have to go to an obscure and unfashionable theatre across the water to see Shakespeare in London. For the past five years the people at The Old Vic have been giving not occasional or selected Shakespeare, but Shakespeare right through the rubric. They gave Measure for Measure the other day, a play that no commercialised theatre would look at these days…’ The Manchester Guardian, 1918

Many of the Zeppelin air raids of 1917 were aimed at Waterloo Station and often ‘interrupted’ the action onstage. According to Sybil Thorndike, on one such occasion there were allegedly only eight people in the audience for a performance of King John. The raids were so bad that Lilian Baylis asked the Company whether they wanted to go on. They all agreed to perform through the raids, and bombs fell as Ben Greet (acting and directing) spoke the lines: ‘Some airy devil hovers in the sky And pours down mischief’. At the end of the performance, the familiar lines ‘This England never did, nor never shall, Lie at the proud foot of a conqueror’ elicited laughter and cheers from the eight-strong audience, and the words were hung over the proscenium for the rest of the war.

When war struck again in 1939, Lilian Baylis had re-established Sadler’s Wells and formed the Vic Wells Company, which embarked on a very risky tour of Holland in May 1940. After a performance at The Hague, Ninette de Valois was introduced to an eight year old Audrey Hepburn. The Company intended to tour the Garrison towns of the British Expeditionary Forces in the Netherlands – as did the invading German troupes. The Company found themselves trapped at Arnhem the day the town was attacked and it took them five days to escape.

Back in London, the Blitz in 1940 meant that all theatres, including The Old Vic, had to close. Sadler’s Wells was requisitioned as a shelter for those made homeless by the relentless air raids. The only way for The Old Vic Company to continue making theatre was to tour and they set up headquarters in Burnley and Liverpool, touring 38 northern cities and Wales. Incidentally, this turned out to be a record financial success for The Old Vic. Back in London the theatre had sustained significant bomb damage and moral was low. The Encouragement of Music and the Arts (now the Arts Council) was created to raise moral and in 1944, Lieutenant Laurence Olivier and Lieutenant Commander Richardson were seconded from the Fleet Air Arm to run an Old Vic Company alongside Director John Burrell. In 1945 the Company toured a newly liberated Europe, performing in Paris, Antwerp, Hamburg and Belsen.

The war years are a microcosm for the temerity and determination that have ensured The Old Vic’s survival in the many faces of adversity over the past two centuries. A desire to bring the arts to diverse audiences, to inspire and ask important questions remains at the heart of what we do. 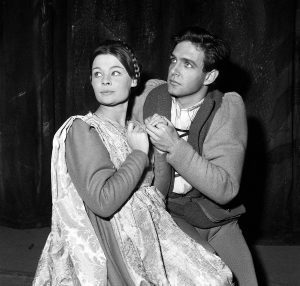