From Front of House to Resident Director 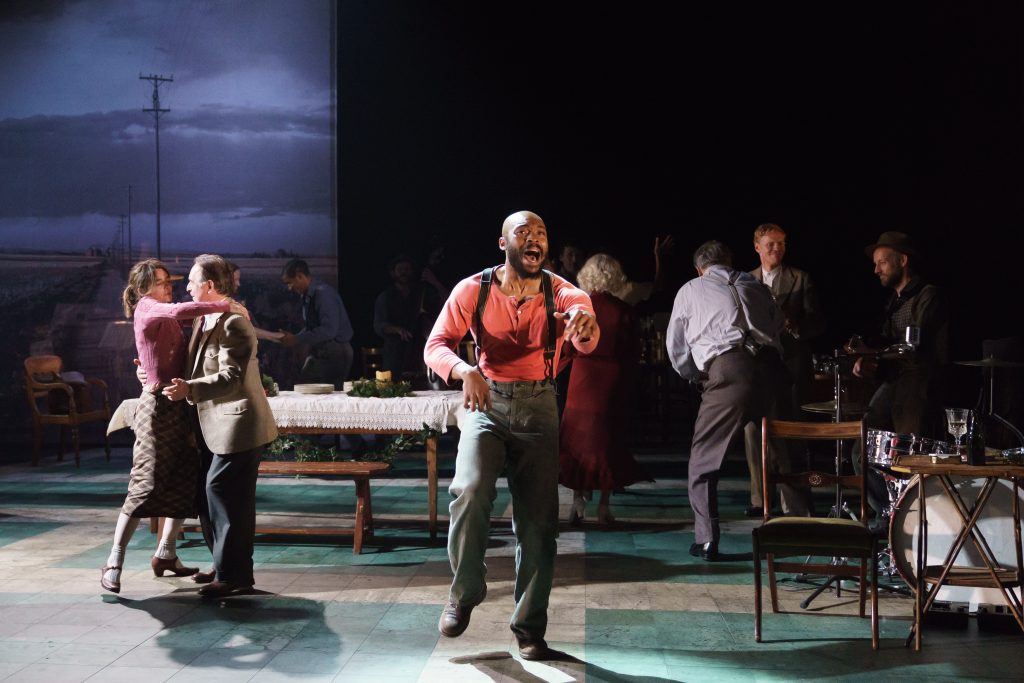 I’m in the midst of understudy rehearsals for Girl from the North Country, which is a real de ja vu – except this time we’re doing it in the West End! What a brilliant journey this show has been. We started rehearsals originally in May 2017, and had an amazing amount of time to explore the script and rehearse songs and work out the best combination of the two. There was a really freeing sense of play; we would often start the day listening to a new Bob Dylan song, begin to rehearse a version of it there and then and work out where it might fit. Coming back to the show for the transfer was such a pleasure – lots of familiar faces and some new ones to add into the mix.

I first started working at The Old Vic in 2014 as a bartender front of house. I was making and directing my own work alongside these shifts when I got to know a bit about The Old Vic’s Talent Programme. I got in contact with the then director of the programme, Alex Ferris, who was incredibly supportive and pointed me towards things like Theatre503’s Rapid Write Response evenings – which are a brilliant way of meeting new writers and developing your directing through short plays.

I kept in touch with The Old Vic, and then a year or so later when the Community Company were doing a production called RISE I came on board as an Assistant Director. With a company of 200 community members split between the choir, principle cast, super movers and ensemble this was easily the biggest project I’d assisted on at that point!

I was developing a new play called Conquest at the same time, and when applications for The Lab opened (The Old Vic’s free rehearsal space scheme) I applied for space to continue this development. That week with The Lab was invaluable. It’s so rare to have the space to play with ideas and genuinely let them develop without the pressure of finding money for a project before you know exactly what it might be, or of trying to make sure you’re getting the most value out of a space. Being able to take the pressure off that side of things and just explore ideas with a group of brilliant people was exactly what we needed for the project to grow and become what it is now.

I continued assisting on shows alongside making my own work when the Baylis Assistant Director role came up at The Old Vic. This role means that you are the assistant director on a specific show (which for me was Girl from the North Country) but you’re also made to feel part of the team that work regularly in the building. I had chats with the Education department and Production team amongst others, as well as being given desk space to do some of my own work whilst attached to the show.

This support was incredibly helpful as I began to put plans in place to set up a new theatre company called PearShaped. We focus on female-led theatre and particularly stories that twist a conventional form of storytelling. The support both of the development week with The Lab and being able to pick the brains of people working in the industry through being Baylis Assistant Director led to a successful ACE application and meant that I could continue developing Conquest. We did a work-in-progress showing at Camden People’s Theatre in Nov 2017 and the show has now been programmed as part of VAULT Festival 2018. I can’t wait to showcase it as PearShaped’s debut show.

Making a freelance career as a director can often feel like being in a muddy field with no clear path that is the ‘right’ one to take. Sometimes it’s fun working out what you’re going to do next and sometimes it’s overwhelmingly unclear how it’s ever going to work. It’s so brilliant that The Old Vic have these opportunities to connect with directors and other theatre makers to help give invaluable guidance along the way.

The Old Vic Lab is supported by The D’Oyly Carte Charitable Trust, The Noël Coward Foundation and The Stanley Picker Trust.

The Baylis Assistant Director is a funded scheme that provides the opportunity for an emerging director to take the next step in their career by assisting on one of our main stage productions and working within a large scale organisation.

Girl from the North Country, OV 200 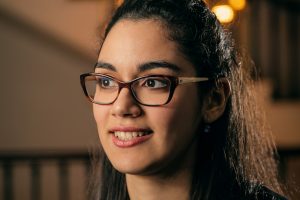