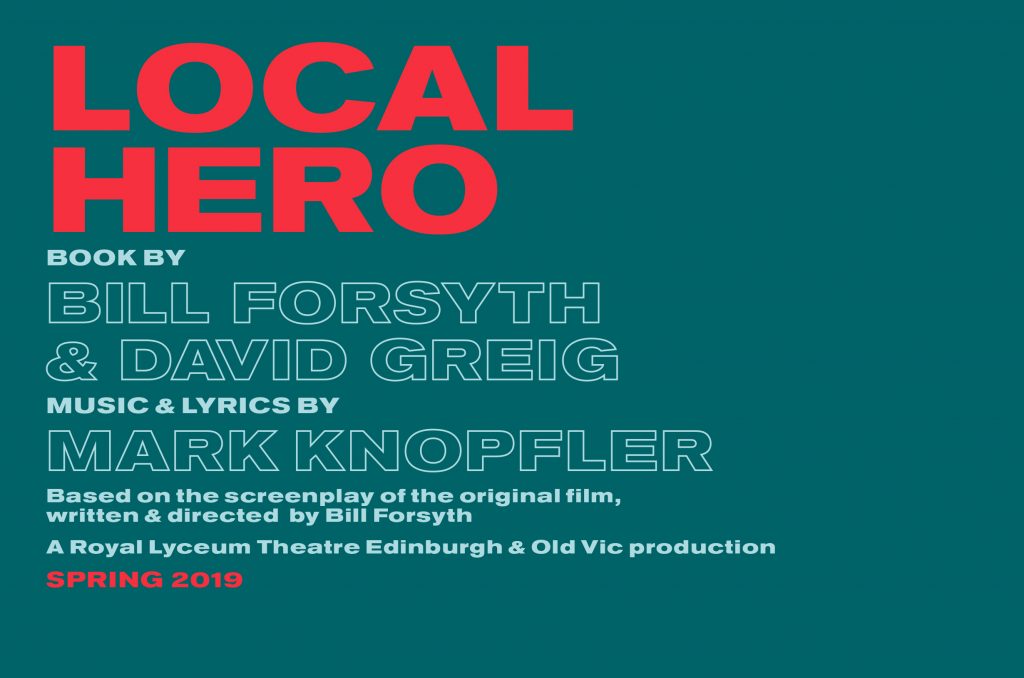 A re-envisioning of the hit 1983 film of the same name, Local Hero is a world premiere musical adapted by The Lyceum’s Artistic Director David Greig and Bill Forsyth, the critically acclaimed Scottish filmmaker and writer whose work also includes Gregory’s Girl and Comfort and Joy.

With composition by legendary musician and producer Mark Knopfler, who wrote the original score, Local Hero will feature new music, alongside favourites from the film.

The Royal Lyceum Theatre Edinburgh and The Old Vic, London are delighted to announce the world premiere of Local Hero, a musical stage production based on the hit 1983 film of the same name. With the stage adaptation and book co-written by The Lyceum’s Artistic Director David Greig, the production will bring together some of Scotland’s greatest artistic talents, including multi-award winning director and writer Bill Forsyth, and acclaimed composer and producer Mark Knopfler – founder of internationally celebrated band Dire Straits, whose album Brothers in Arms is one of the top 20 highest selling albums in UK history – and who has previously composed music for films including The Princess Bride, Wag the Dog and Comfort and Joy.

‘Local Hero is one of those great Scottish stories that has captured the imaginations of people across the world, it has been one of my favourite films since I first saw it as a teenager. To have the chance to revisit these wonderful characters to help create a musical is an absolute delight, but to be working alongside Bill Forsyth and Mark Knopfler to bring this to The Lyceum and Old Vic stages is a dream come true –it really feels like the stars have aligned!’

‘Bill Forsyth’s Local Hero is high on my list of all-time favourite films. I have watched and re-watched it many, many times and never tire of its perfect mixture of situation comedy and romance, combined with a strong and important message. I’m absolutely delighted to be collaborating with the Royal Lyceum Theatre Edinburgh and this first-class creative team on what promises to be an unmissable stage adaptation.’

Local Hero is due to open at The Lyceum in Spring 2019 before transferring to The Old Vic. This production is generously supported by The National Lottery through Creative Scotland and presented by special arrangement with Neal Street Productions and Patrick Daly of Caledonia Productions. 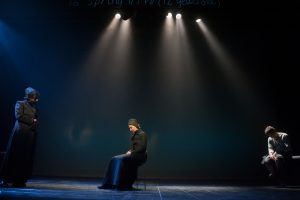 The Divide - a note from Matthew Warchus