How Emma Cons Transformed The Old Vic – by Frances Collingwood 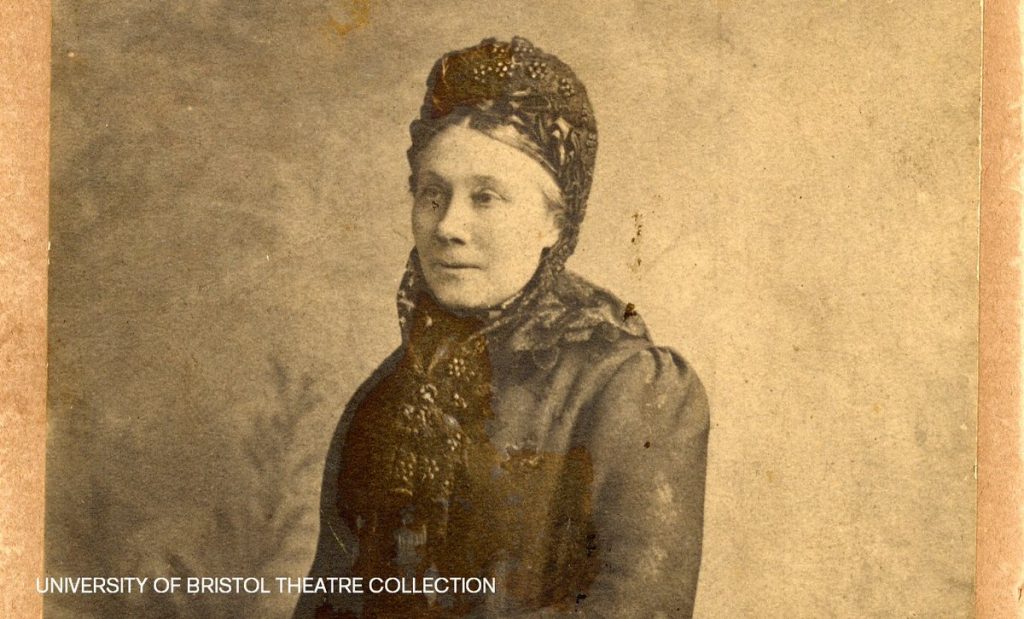 This was in the 1870s, when the music-hall regaled its clients with plenty of cheap liquor laced with other incitements to vice. It took courage and determination to clean up such a mess, but these were qualities Emma Cons possess in abundance, and it is to her we owe the regeneration of the music-hall.

She was born in 1838 and died fifty years ago, on July 24, 1912. When she was still at school, she became friendly with Octavia Hill and, through her, was initiated into that species of touch social work so beloved of nineteenth-century do-gooders

The housing of the poor was in such a shocking state that a few philanthropists had bought up some of the worst properties with a view to improving conditions. Ruskin was amongst them, and he installed Octavia Hill as manager of a group of slum dwellings off Oxford Street. Feeling she would appreciate a little moral support over this responsibility, Octavia enlisted the help of Emma Cons, and it was there, among the wretched tenants of these squalid slums, that Emma first came face to face with overwhelming poverty and vice.

Despite her youth she was quick to recognise that alcohol was the most insidious enemy to be conquered if ever working-class London was to better its lot. So, with the backing of some rich friends, she formed the Coffee Taverns Company, which was designed to establish cheap places of refreshment in the poorer parts of London, where men and women might take their leisure away from the temptation of strong drink. These coffee taverns proved the fore-runners of ABC and Lyons tea-shops, and were only some of the many comforts Emma Cons devised for the downtrodden poor of her day.

It all started with her choice of Lambeth as a district badly in need of attention. On behalf of better housing there Emma Cons formed the South London Dwellings Company, and then her eye fell on that house of ill-repute, The Old Vic. It happened to be empty at the time, so here was the chance to institute the music-hall of her dreams. A music-hall in which not only had the programmes ceased to degrade but, most important of all, in which nothing but soft drinks were sold.

Emma Cons grabbed with both hands the chance of experimenting with The Old Vic. In support were such distinguished people as Arthur Sullivan and Carl Rosa, and they helped her to raise sufficient capital to rent the theatre for two years, and to give it a coat of paint.

On Boxing Day, 1880, The Old Vic opened its doors under the Cons banner. Variety continued to be its mainstay, but it also staged a concert once a week. On the credit side Miss Cons had the satisfaction of banishing vulgarity, rowdyism and drink, but on the debit side she lost nearly £3,000 during the first eight months.

A lesser person might have given up in despair, but Emma never knew the meaning of defeat. Her answer to the financial crisis was to buy The Vic’s lease outright, and thus make the place her very own. This she did by winding up her Coffee Taverns Company, and substituting in its place the Coffee Taverns Music Halls Company which was given a splendid boost by cash support from such philanthropists as Samuel Morley and Lord Mount Temple.

During the first few years of The Old Vic’s regeneration many activities were carried on there that had little to do with the theatre. These included a weekly temperance meeting, and a lecture on science for which the cost of admission was one penny. This ambitious enterprise gradually expanded into regular tutorial classes, and to the founding of Morley College; thus making Emma Cons pioneer of the technical institute.

To engage a manager capable of supervising programmes so far removed from normal theatrical fare was not easy and, in 1884, Miss Cons took over the job herself. This she carried out, entirely voluntarily, for six years until her niece, Lilian Baylis, arrived back in England from South Africa and took over the burden at a salary of £1 a week.

From then on it was an aunt-niece partnership that kept The Vic going year after year. The task was never an easy one, for there was not enough cash in the bank to make it so. But how tremendously worthwhile it has all been is so evident to this generation that there is no need to underline it here.

Emma Cons’ first aim in life was to make people happy. She wanted everyone to share the joys and beauties she herself found so essential to living. An artist to her fingertips, she had shown early promise in design and, for a while, had earned her living as illuminator and engraver of watch-cases. Indeed she might have continued to do so had not the opposition of professional workers driven her out of business. But she never lost her delight in drawing and designing, and would often resort to it when in need of relaxation.

Emma Cons’ first aim in life was 50 years, and Lilian Baylis too is fast becoming a legend, yet so strong and lasting is the influence of these two women on The Old Vic that even today much of their spirit of love and friendship permeates the place. The smile with which the Front of House staff welcome one into the theatre is only one example of this. Could Emma Cons see them, how delighted she would be. 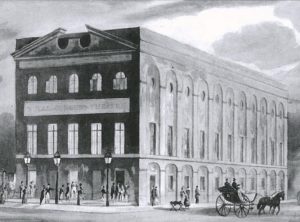