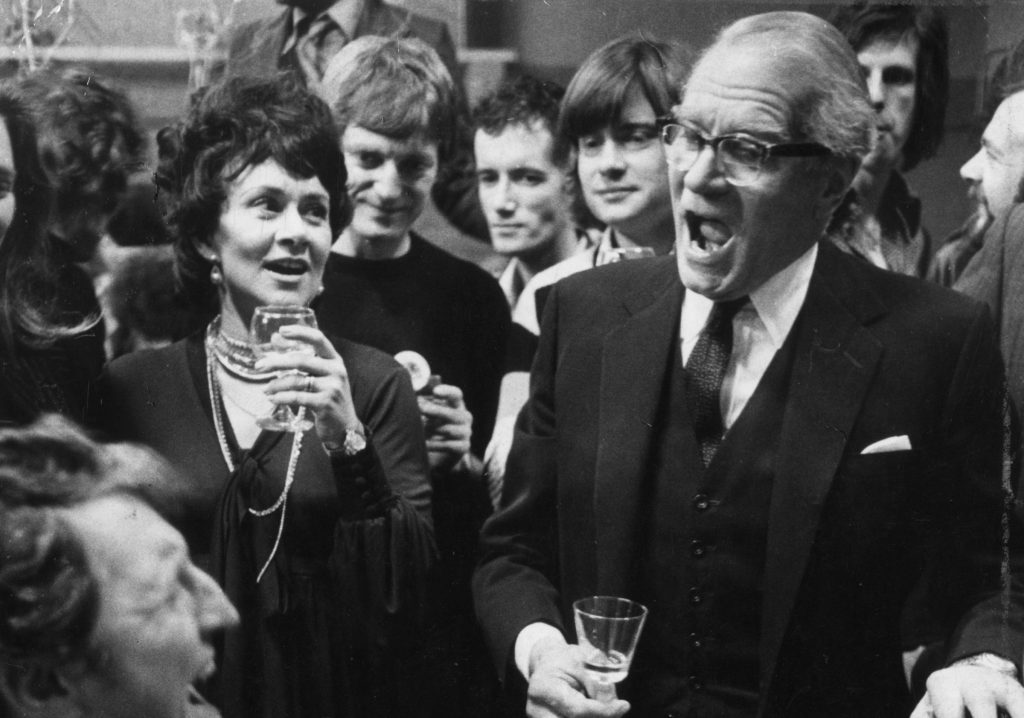 In 1937 a 30-year-old Laurence Olivier came to The Old Vic to make his name as a Shakespearean actor. 37 years later, he gave his final performance on the stage that helped propel him to theatrical acclaim.

He was a prince, a king, a lover, a soldier, a Roman leader, a doctor, a master builder, a butler, a moneylender. He was an actor, director and Artistic Director.

His final part was Glaswegian Trotskyist John Tagg in Trevor Giffith’s newly commissioned The Party. Having recently recovered from his ongoing battle with stage fright, it took him four months to learn the 20-minute long speech, laying in his garden from 6am – 8am every morning learning 12 – 15 lines each day.

After the final performance on 21 March 1974, he knelt down and kissed the stage. The Company ended the evening in the Rehearsal Room where he sang Noël Coward’s ‘I’ll see you again’, ‘Some Day I’ll Find You’ and finally ‘If Love Were All’:

‘But I believe that since my life began
The most I’ve had is just
A talent to amuse.’ 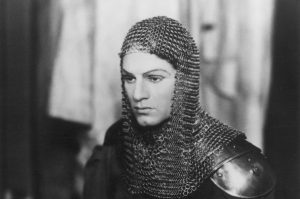 The Face of the Olivier Awards