Through the Looking Glass Curtain 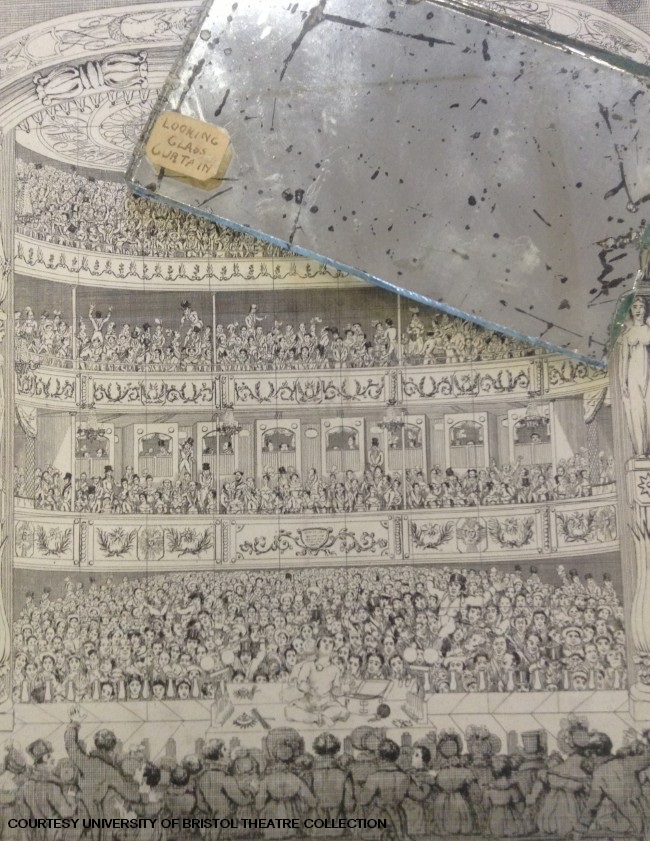 In 1821, the very first manager of The Old Vic (then The Royal Coburg) Joseph Glossop was inspired by a Parisian theatre to install a looking glass curtain in his own theatre.

Consisting of 63 mirrors and weighing five tons, the curtain was a lavish novelty that allowed audiences to gaze at their reflections during the evening’s entertainment. One of the star performers of that time was the renowned Ramo Samee, the principal performer of ‘The Indian Jugglers’ and the first documented ‘modern’ professional juggler. In the 1800s, the term ‘juggler’ was simply another name for ‘magician’ and it was only in the 1890s that the term came to mean what it does today, thanks, in part, to Samee. A showman, Samee could swallow a two-foot flaming sword and was a regular performer at The Coburg where he would perform in front of the glass curtain.

On this day in 1822, his performance was immortalised by an unknown artist in an etching titled ‘Theatrical Reflection, or a Peep at the Looking Glass Curtain at the Royal Coburg.’

Although the curtain, which threatened to quite literally bring the roof down because of the sheer weight of it, was soon removed, Ramo Samee’s legacy remains and the image now hangs on a mirror backstage at The Old Vic and shards of the original mirror are safely protected in the University of Bristol Theatre Collection. 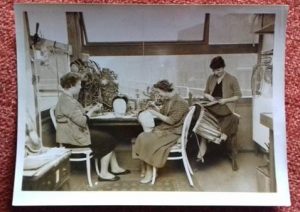