A day in the life of... a Box Office Assistant 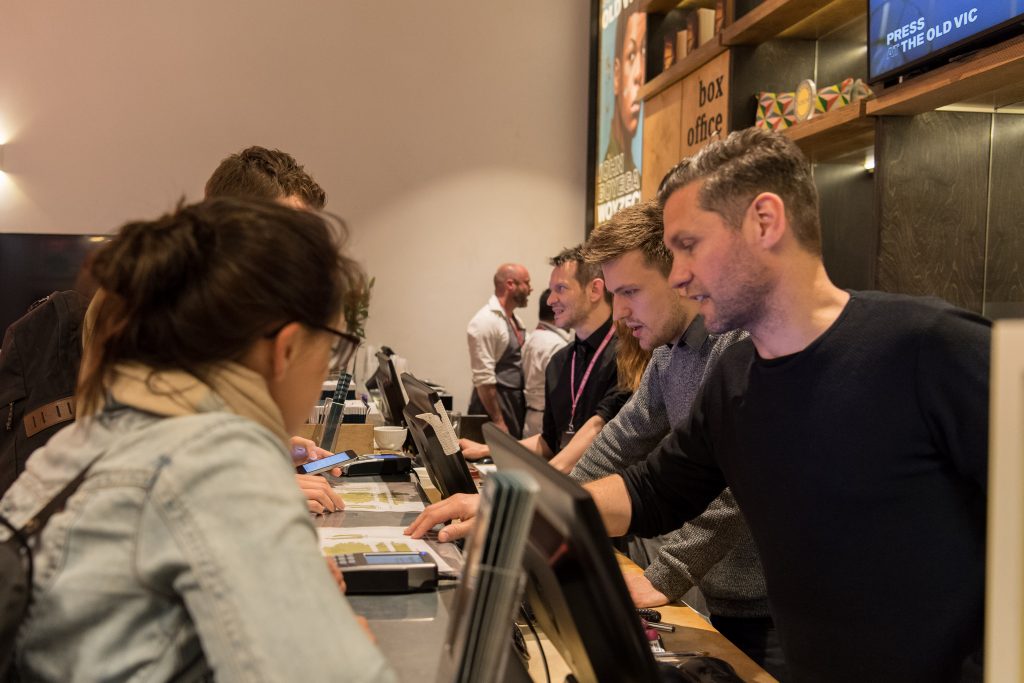 Our Box Office team are the font of knowledge when it comes to our productions; whether you need to chat about access, sight lines or the show itself, you can always rely on them to make your theatre experience an enjoyable one from booking your tickets to finding out which upcoming production you should choose next (all of them, of course). We caught up with Box Office Assistant David Thompson to find out more.

Helping to organise House seats, company seats, sell tickets, deal with enquiries, reservations for school and general groups, dealing with the incoming before curtain up, selling the productions and generally being a friendly face on the frontline in the foyer.

Fundamentally, I help sell tickets in the Box Office of The Old Vic. It’s much more than that, but I don’t want anyone to fall asleep at the back.

Have you always worked in a theatre?

My first theatre job was in the ensemble onstage in Carousel at The Nuffield Theatre when I was 14 years of age… Fast forward a few years and I originally went to Film school, then fell into working in the animation industry, left to go to Drama School, then acting and working in theatres ever since. I arrived at The Old Vic in September 2004.

Which part of your job do you most enjoy?

I mostly enjoy communicating with the public on a one to one basis in the foyer. You get to hear some interesting stories and meet all manner of characters, many who have been attending The Old Vic since the 1960’s.

My best memory is receiving the phone call that I had the job at The Old Vic from Liz Sillett, after I’d just graduated from Drama School and was so poor that I had had to sell my CD’s the previous week in Cash Converters down the Walworth Road.

Or something less violin storyesque;

When The Old Vic had to cancel one of the Aladdin (2004) Previews, due to a technical fault with the cave part of the set. This was an hour before the show went up. Most of the audience were already there and so The Old Vic, apologised profusely and offered all customers free drinks. I worked on the Pit bar (Penny) at the time and was a little concerned by what could be the response of the patrons but the atmosphere was very jovial. People were sat all the way up the stairs interacting with each other and quite certainly having a good time. I remember the Front of House being full of laughter and dancing. It was like a big wedding! A very good night was had by all, including the staff!

Also Groundhog Day is still one of my favourite productions.

I would definitely take advantage of the Frontline scheme that The Old Vic runs. This way you can experience all aspects of the theatre. Also asking about work experience with the Production team here would be a fantastic idea. Internships and the Summer School are also fantastic opportunities.

What is the biggest misconception about working in a theatre?

That there is an endless well of gold! Theatre can be expensive to put on and needs a tremendous team of people to make it a success,…along with a generous sprinkling of theatre magic of course.

Did you have any theatre heroes growing up?