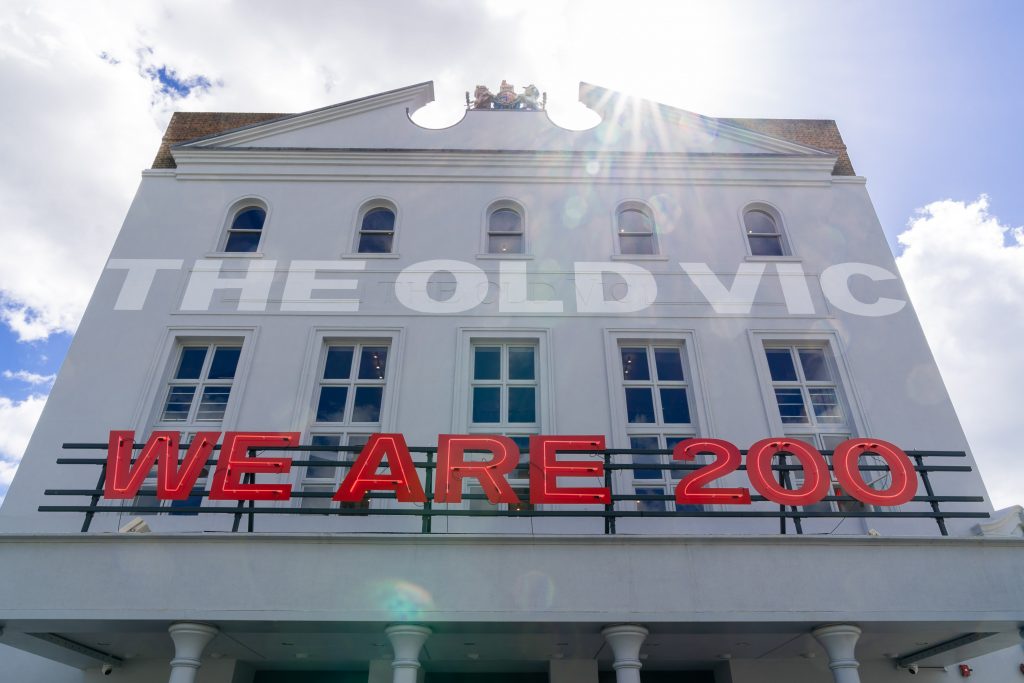 See the sites of the people and places who have all played a part in our 200 years of creative adventure.

1. The birthplace of Emma Cons

Emma Cons took over the management of The Old Vic in 1880.

The past decade had been an uncertain one for the theatre. It went bankrupt in 1872 after manager Romaine Delatorre failed to pay the bill for his lavish renovation of the theatre. William Frewer followed and went bankrupt in 1875. John Aubrey took over the lease but failed to programme enough shows leaving the theatre dark for weeks at a time and in 1877, former manager J. Arnold Cave took up the post once again until a committee of benevolent gentleman made an offer in the name of temperance.

The committee formed the Coffee Tavern Music Hall Company and Emma Cons was their hon. Secretary. With the support of the Archbishop of Canterbury and the Duke of Westminster she applied for a music and dancing licence for ‘The Royal Victoria Hall.’ The lease was bought and sacks of shrimps’ heads, nutshells and dried orange peel were dug out of the pit. The new temperance music hall opened on Boxing Day 1880 with American songs and dances, an orchestra, a juggler, a troupe of Roman gladiators and a cartoonist. The front of the theatre had been transformed into a coffee house:

‘And the experiment has succeeded to the glory of Emma Cons… Women with their children are there, boys and girls at the “dangerous age”, working men and slaving women; and over all hangs an atmosphere of purity and truth which must cause rejoicing in Heaven, for Emma Cons has found the way to console and pacify the troubled soul.’ The Birmingham Daily Post, 1888

For the next 32 years no plays were performed and no alcoholic drinks were served for the next 50.

The V&A archives hold an impressive collection of theatre history in their Theatre & Performance collections, including playbills and posters dating all the way back to the birth of our theatre in 1818.

Please note that access to the archive is by appointment only – more information can be found on their website.

Having found early success with Serge Diaghilev’s Ballets Russes in 1923, Ninette de Valios (born Edris Stannus) came to The Old Vic in 1926. She had established her own dance school, the Academy of Choreographic Art, and wanted to give her dancers professional experience. So she approached Lilian Baylis who was programming both opera and Shakespeare at The Old Vic. Lilian accepted and thus began the relationship which would last until Lilian’s death in 1937.

‘If the Suffragettes of old could see this world of ours now, they would be delighted by some of the progress and the opportunities that we now have. But they would also be shocked by how much has stayed the same. The misogyny, the continued presumption of male entitlement, and the abuse meted out to women who speak out.’ Helen Pankhurst, granddaughter of Sylvia Pankhurst

On 4 March our SYLVIA company took to the stage at Trafalgar Square to welcome the 5,000 women and men who marched from the Houses of Parliament in support of gender equality.

When The Old Vic was closed in 1940 amidst the Blitz of the Second World War, the company had to find themselves a new home for the next 10 years. Over the next decade, the Company was housed at the Victoria Theatre in Burnley, the Liverpool Repertory Theatre, the Theatre Royal in Bristol (which is now the Bristol Old Vic) and embarked on tours of a newly liberated Europe and beyond. During this time, they also moved their headquarters to the New Theatre (now the Noël Coward Theatre), where they remained for nine years before returning to The Cut on 13 Nov 1950.

Ten days later, the Company performed at the newly opened Sadler’s Wells. It continued to grow and alternate performances between The Old Vic and Sadler’s Wells, nurturing dancers like Margot Fonteyn, Frederick Ashton and Robert Helpmann with Constant Lambert as musical director before it was renamed the Sadler’s Wells Ballet in 1941 before taking up residence at the Royal Opera House 1946. It was granted a royal charter in 1956 and became recognised as Britain’s flagship company

7. The birthplace of Lilian Baylis

Lilian Baylis came to The Old Vic in 1897 to assist her Aunt Emma Cons in the day-to-day management of The Old Vic. For the next 40 years, she was the driving force behind the theatre until her death on 25 November 1937.

During her time at The Old Vic, she also ran a campaign to re-open a then derelict Sadler’s Wells and founded the companies which would become the English National Opera and The Royal Ballet.

Theatre wasn’t performed for 32 years under Emma Cons’ management. An advocate for temperance, she transformed the theatre into a Coffee House and Temperance Tavern, programming only purified variety acts which included performing dogs, cats and goats, as well as operatic recitals and ballad concerts. Emma Cons also introduced the penny lectures which provided insightful talks at affordable prices for the predominantly working class area. In 1884 Samuel Morley, a textile millionaire, newspaper publisher and MP for Bristol took these Penny Lectures and developed them into a technical college for working men, Morley College, which was based in the theatre itself until it moved to its current premises in 1923.

Discussions were held about the importance of a National Theatre as early as 1848 but funds and questions about its location ensured that this dream would not be realised until over a century later.

Upon Lilian Baylis’ death in 1937, a newly formed building committee agrees that her work at The Old Vic over the course of 25 years had laid the foundations for a national theatre. It was agreed that, until the building of a new theatre was completed, The Old Vic was to be its temporary home and the first National Theatre production opened here on 22 October 1963.

For the next 12 years, the Company, led by Sir Laurence Olivier, was housed at The Old Vic until the completion of the new building in 1976 under its recently appointed Artistic Director, Sir Peter Hall.

Taking its name from the Penny lectures from almost 150 years ago, Penny is our theatre café and bar and the perfect end to your epic Old Vic journey across London. 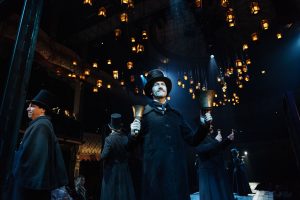