A Christmas Carol - a review 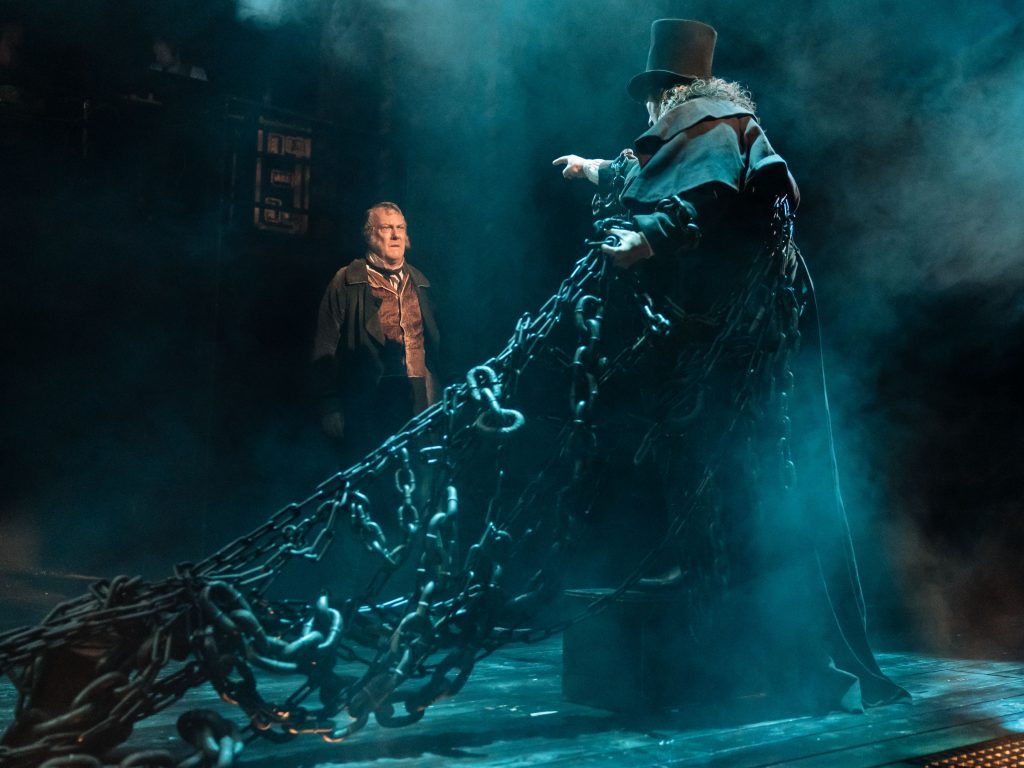 Excitement brewed as the train gradually powered towards London, station by station. Then after an hour and a quarter our train pulled into Waterloo and everyone rushed to get their things together, making sure they had everything before entering the rush and urgency of crowds trying to find out where to go. Weaving through the maze of people, our group headed towards the other side of the station without being split up in the hundreds of people all trying to get somewhere.

After escaping the twists and turns of Waterloo station (and a quick head count) we could see where we would watch the classic tale. The Old Vic. Just to add to our excitement, the building was finished off with a bright red sign that was lit up with the famous novel’s title. While approaching the theatre we could take in the beauty of London with its towering buildings all brightly lit up for the festive month. Waiting in line outside of the majestic building, (and after another head count) we collected our tickets while being circled by black cabs that were all bleeding into the heart of London. As the number of schools waiting increased, we were let in and told to go up some grand spiralling staircase centred with a column of warming light.

We ventured up the glossy wood staircase to be led into the queue. Now, more than ever, the anticipation had spilled over as we had our tickets and we were at the theatre, but that wasn’t just the children. Then the doors opened, and the crowd spilled in to take their seat. At the door the very hospitable theatre staff were handing out free mince pies and oranges which was the cherry on top of the experience. We were in the top level out of three (including the ground floor) which meant we had a view of everything, the intricate design on the pillars at the back and the amazing hanging lanterns that matched the cross shaped stage with each end raised up like the empowering front of a ship. To the right and up of the stage was the box that held all the instruments and their players that would give all the music or the performance, live. No amount of words could fully explain how magical that place was.

The actual performance was amazing and really pulled on the heart strings along with some imaginative scenes like rolling food down sheets and showering down fake snow to really get the audience enchanted with the story. Other set pieces that amazed us were: a swinging lantern that dropped from the ceiling, light shining through the floor boards that just added to the magic and four door frames that rose out of the ground to create ‘Scrooge’s’ room that also descended back into the floor for other sets. Over all our group was sad to leave even though we were all tired, which shows how good we thought it was. And so, we (just after a head count) set off back into the still-manic station that is Waterloo and then to pile back onto one of the many trains coming and going while saying goodbye to London.