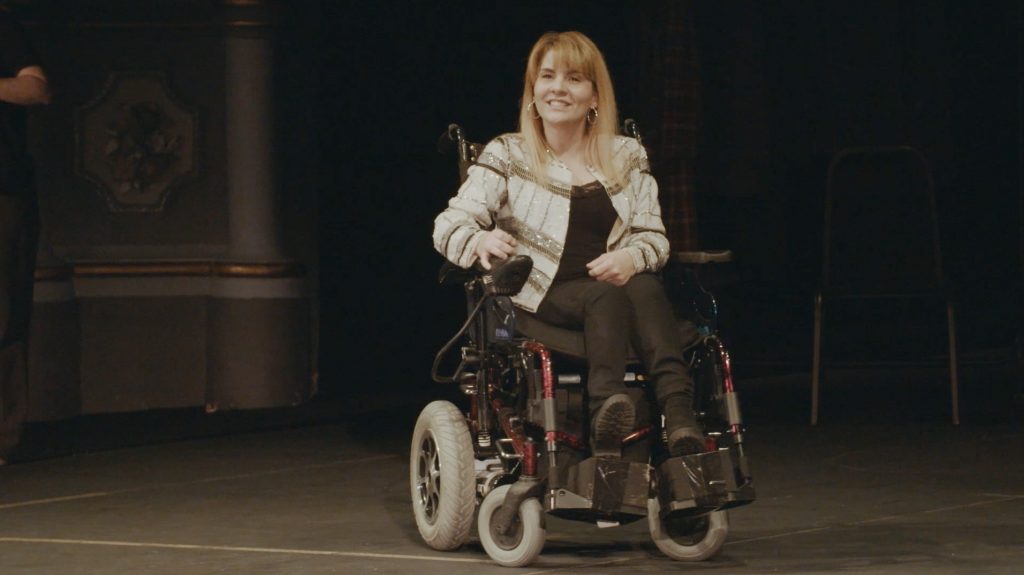 Ruth Madeley is a BAFTA nominated actress who performed at The Old Vic as part One Voice’s The Greatest Wealth in June 2018. We asked Ruth about her experience of performing at The Old Vic.

For me as a theatre goer it can be quite difficult. Most theatres are a lot older; access isn’t always fantastic and there’s more limited seating if you’re a wheelchair user. There are some theatres that only have two wheelchair spaces, which means the pool of opportunity to see theatre is limited.

As a performer I haven’t really done theatre. I don’t know whether that’s me subconsciously not exploring it because it wasn’t accessible. The Old Vic was my first theatre performance ever. I can’t begin to tell you how wonderful you were. This was in a 200 year old building and you bent over backwards to make it happen.

There’s such a massive pool of talent of people with disabilities who want to work in theatre who are performers – that’s who they are. But they aren’t able to express themselves. The whole family of theatre should be inclusive and accessible for all and there shouldn’t be any limits. I know the want and need is there. The want to help is also there, but you in particular showed that beyond measure, nothing was too much trouble. It’s a wonderful environment and I feel a lot of performers with disabilities are missing out on that.

The Old Vic was one the best experiences I’ve had as an actress. It was wonderful to be able to say that I’ve performed on that stage and had the support of your staff and the willingness to make it as easy and as accessible as possible. That’s not always the way. You guys are doing an amazing job. You could have said this building is so old that it’s not going to be possible. But you are so determined to make it happen and do what you can to get more people in the audience and on your stage.

I just want to say a massive thank you.

We are excited to be in the process of making our theatre a better place for all our visitors – thank you to everyone who has generously supported us with donations so far.

We are still taking donations, which are all gratefully received. You can find out more about the project and how you can help here.