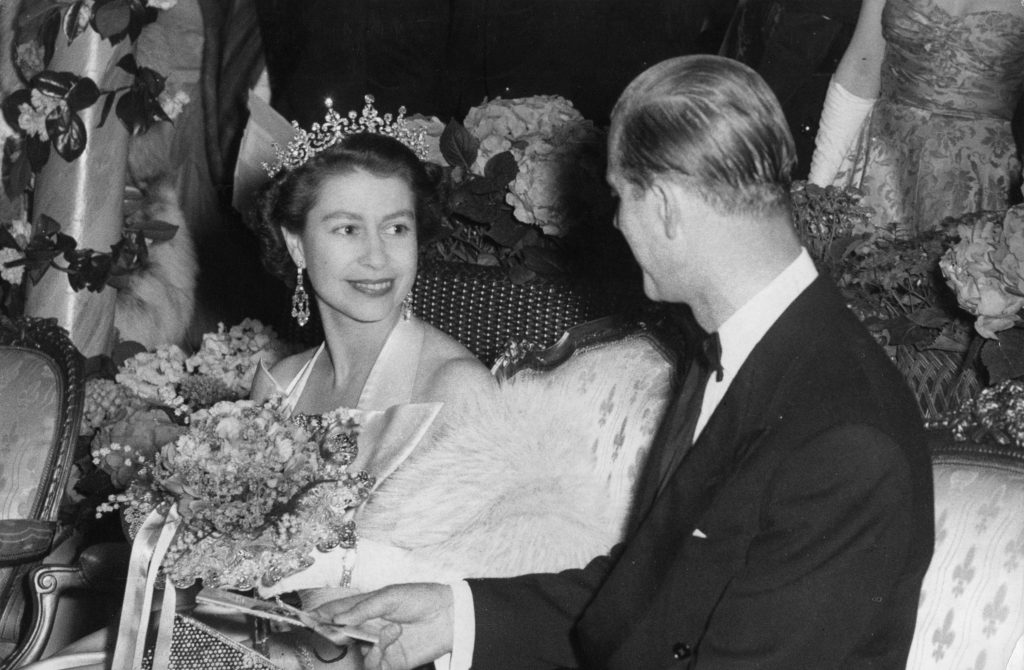 Her Majesty The Queen’s mother was a friend of Lilian Baylis, and eight months after Lilian’s death, she fulfilled an old promise to bring her two daughters to the theatre.

A seven-year-old Princess Margaret and an eleven-year-old Princess Elizabeth visited the theatre for the first time on 12 January 1938 to see Tyrone Guthrie’s production of A Midsummer Night’s Dream, starring Ralph Richardson as Bottom, Robert Helpmann as Oberon and Vivien Leigh as Titania.

The production featured a full orchestra and Ninette de Valois provided the fairies from her Sadler’s Wells Company, who flew on wires as well as danced. The young Princess Elizabeth was so intent on discovering how they were flying that she almost fell out of the royal box.

During the interval Vivien Leigh and Robert Helpmann were taken to meet the royal party, but their elaborate fairy king and queen head dresses, according to Tyrone Guthrie, became entwined as they curtsied and it was down to the Queen and the two princesses to help untangle them.

On 6 May 1952 she returned as Queen to attend the Royal Gala performance of King Henry VIII and returned in March 1958 to mark the opening of a new annex, home now to the National Theatre Studios on Webber Street, where she was entertained by a private performance of scenes from Shakespeare, including the play scene from A Midsummer Night’s Dream.

We need your help now more than ever. Find out how you can support us whilst our theatre is temporarily closed.