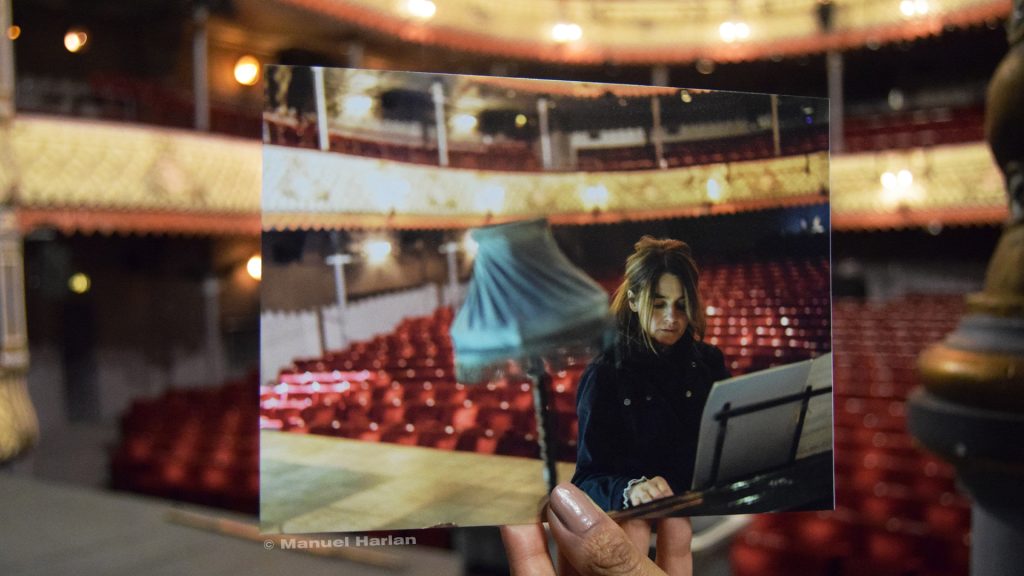 In over two centuries of The Old Vic, countless incredible women have come through our doors – running the theatre, performing on our stage, telling important stories, shaping our productions, being a part of our audience and working tirelessly in the wings.

Today, on International Women’s Day 2020, we’re celebrating just a snapshot of them by bringing them back into the building they helped to shape. 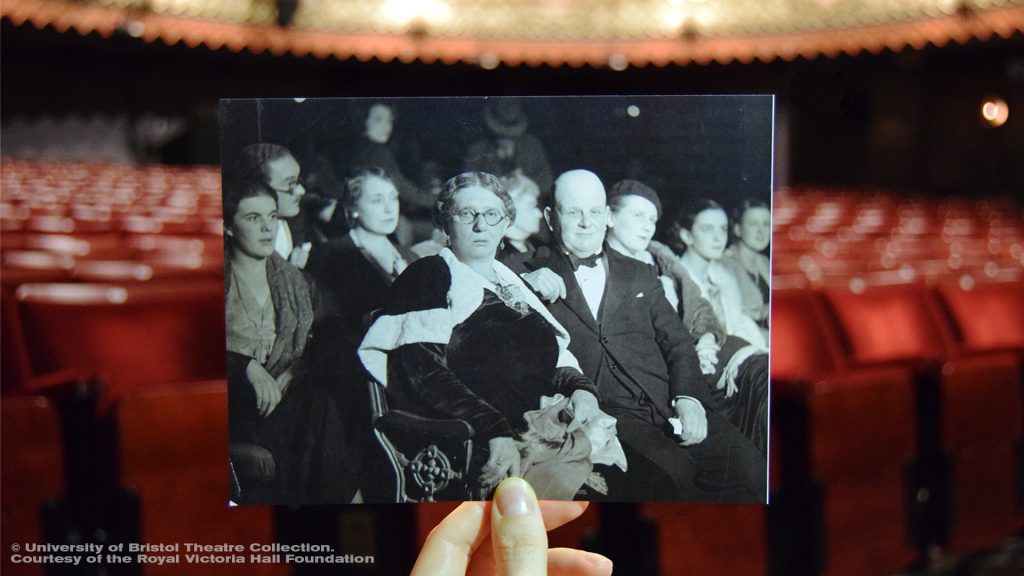 Lilian Baylis managed The Old Vic from 1897–1937, ensuring its survival against the odds. Under her management and tireless spirit, The Old Vic thrived and Sadler’s Wells returned from dereliction. After her death the roots from her work began to spread and the National Theatre, the Royal Ballet, the Bristol Old Vic, the Birmingham Royal Ballet and the English National Opera were born. Her motto, ‘Dare, always dare’ sits at the entrance to the auditrium. Here she  sits in her academic gown in the stalls for an opening night, next to critic S.R. Littlewood, c.1920s.

Original image by A W Kerr, from University of Bristol Theatre Collection. Courtesy of the Royal Victoria Hall Foundation. 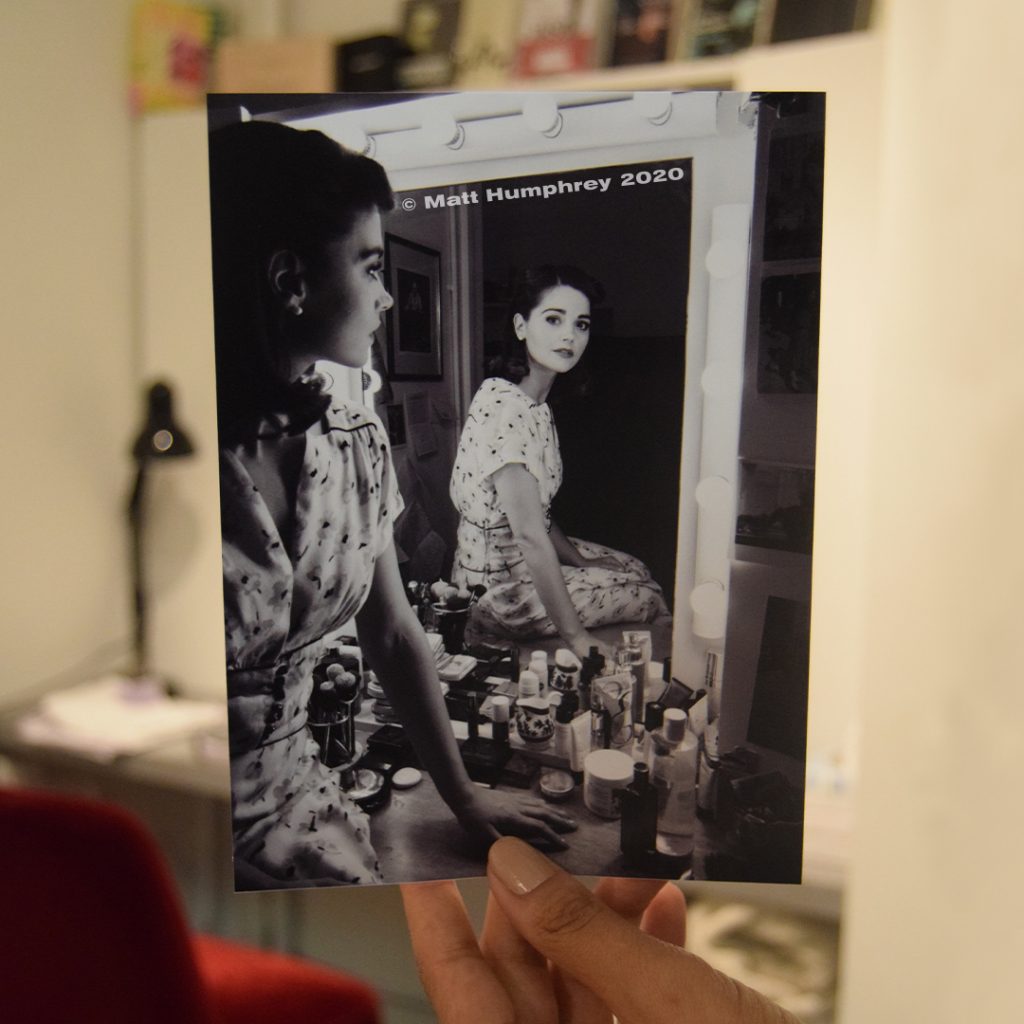 Jenna Coleman sits in her dressing room during All My Sons in 2019, in which she played the part of Ann Deever. 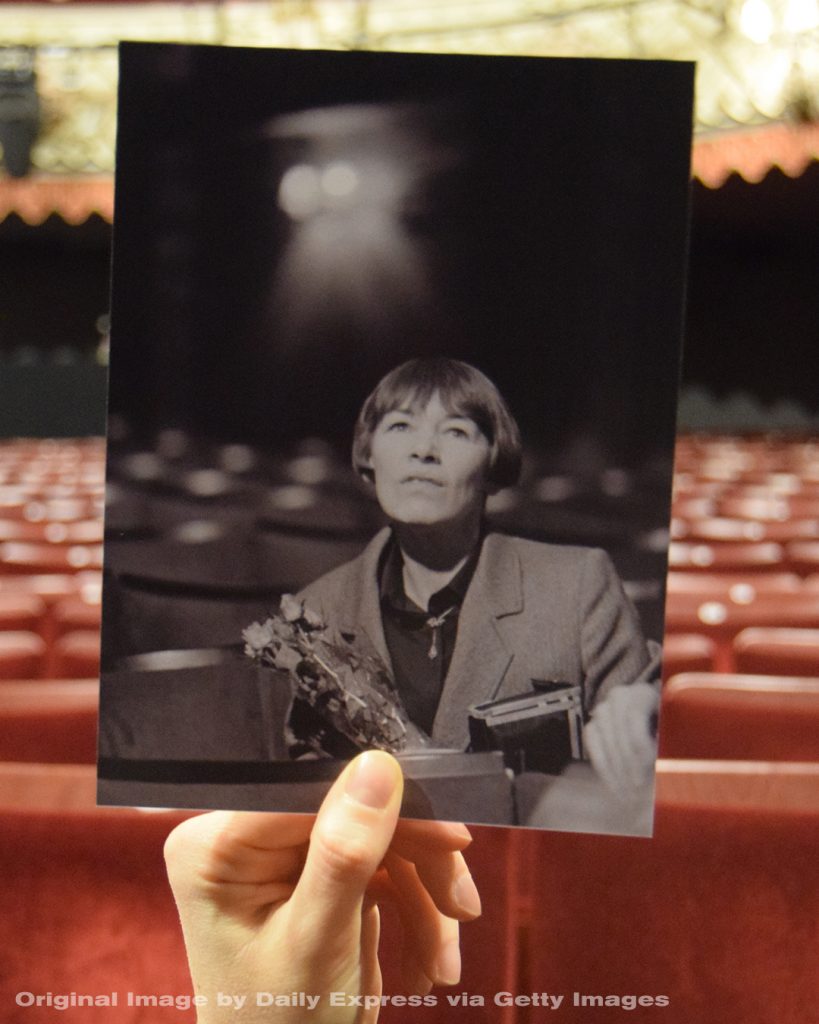 Glenda Jackson sits in the Stalls at The Old Vic to attend the 80th birthday party of Actor and Director John Gielgud on 14 Apr 1984. Glenda first performed at The Old Vic in 1976 in John Webster’s The White Devil and returned in 2016 to play King Lear. She now sits on The Old Vic Board of Trustees. 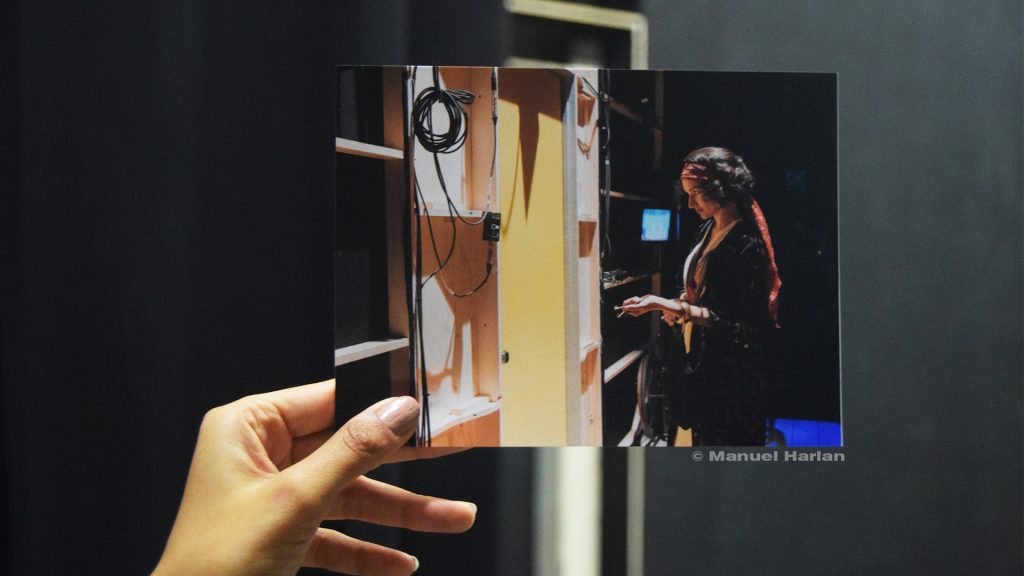 Indira Varma waits backstage for her entrance as Liz Essendine during a performance of Present Laughter in 2019. Indira has been nominated for Best Actress in a Supporting Role at the Olivier Awards this year. 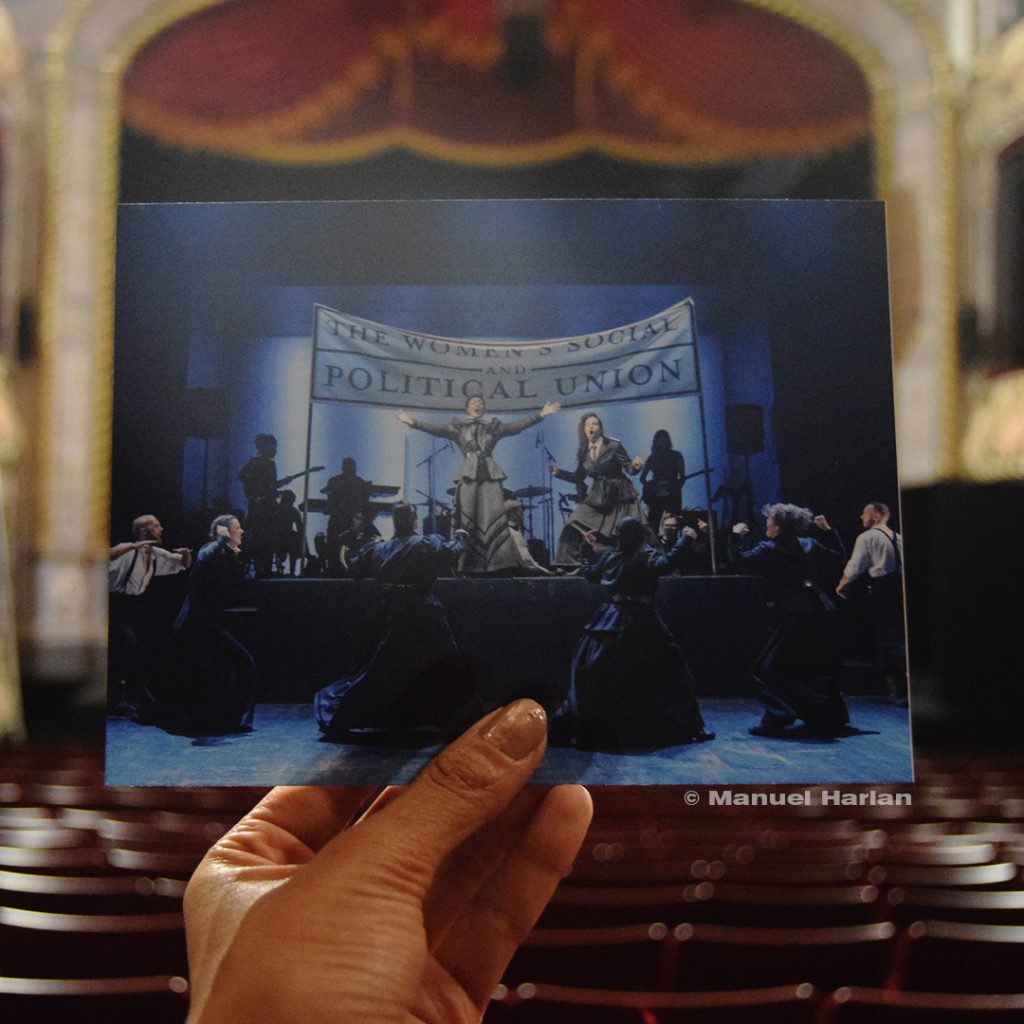 Beverley Knight performs as Emmeline Pankhurst alongside the cast SYLVIA, written by Kate Prince and Priya Parmar, in 2018. Sign up to hear about the next stage of this brand new musical’s life. 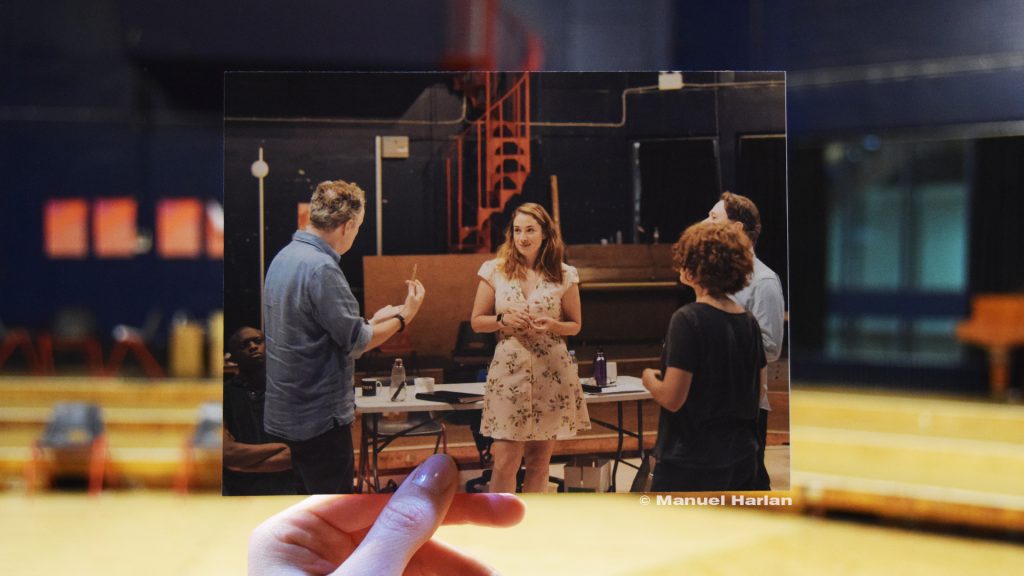 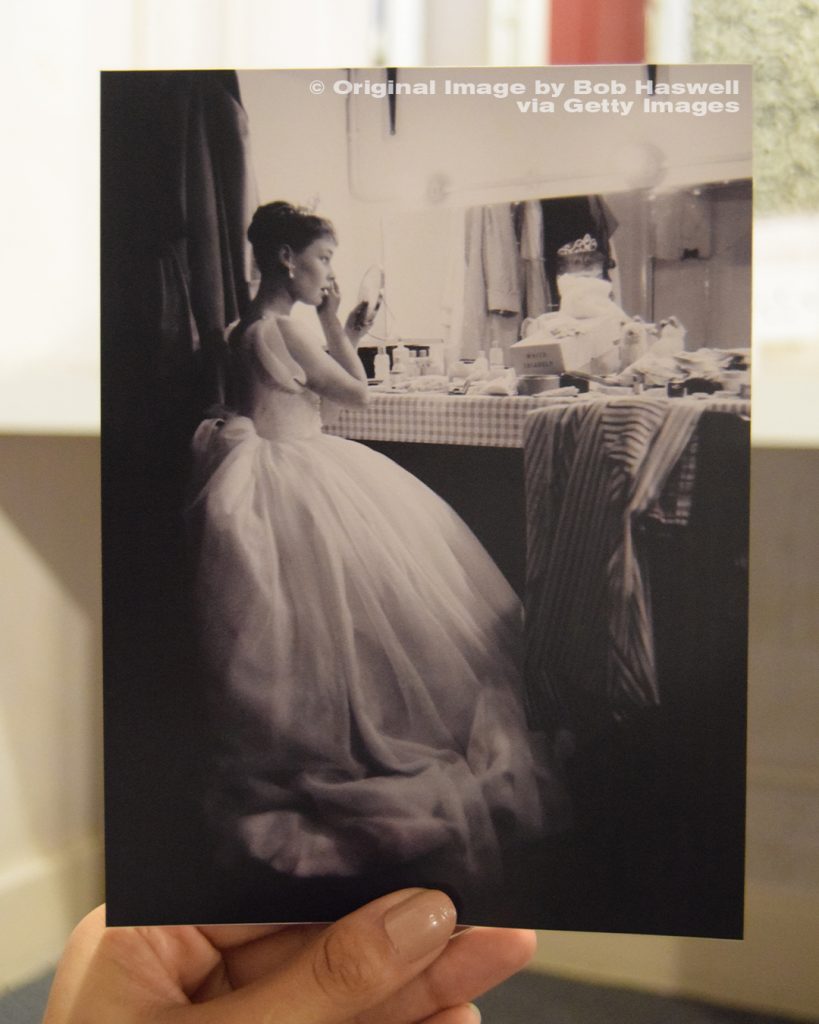 Judi Dench touches up her make-up in the dressing room before a performance of Hamlet in 1957. Playing Ophelia in Hamlet was Judi Dench’s professional stage debut, at the age of 22.

Shirley Henderson plays the piano on stage in between performances of Girl from the North Country. In 2018 Shirley won the Laurence Olivier Award for Best Actress in a Musical for her portrayel of Elizabeth in the musical. This show has now opened on Broadway. 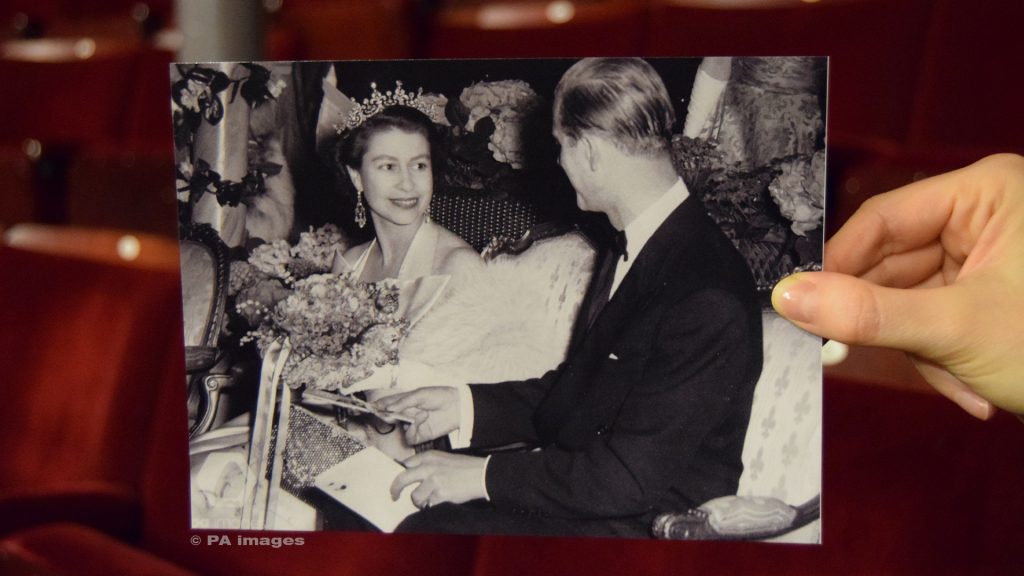 Her Majesty The Queen first visited The Old Vic in 1938 as an 11-year-old Princess – in this photo taken in 1952 she had returned as Queen to attend the Royal Gala performance of King Henry VIII. 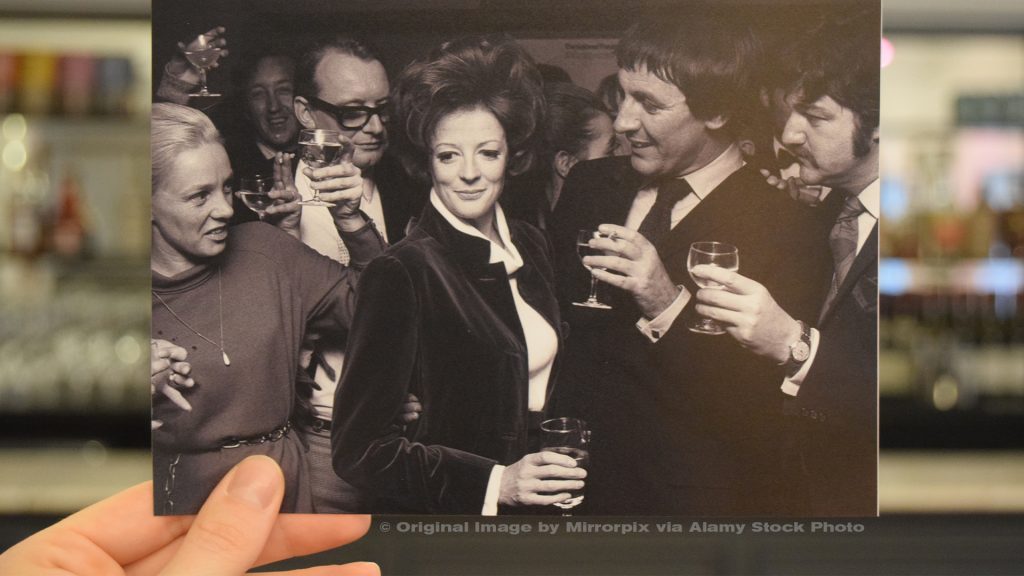 On the night of Maggie Smith’s first performance as Mrs Sullen in The Beaux’ Stratagem she won the Best Actress Oscar for The Prime of Miss Jean Brodie. As she couldn’t be there to accept her award, this photograph was taken at a party held for her at The Old Vic, where she celebrated with Robert Stephens and friends. 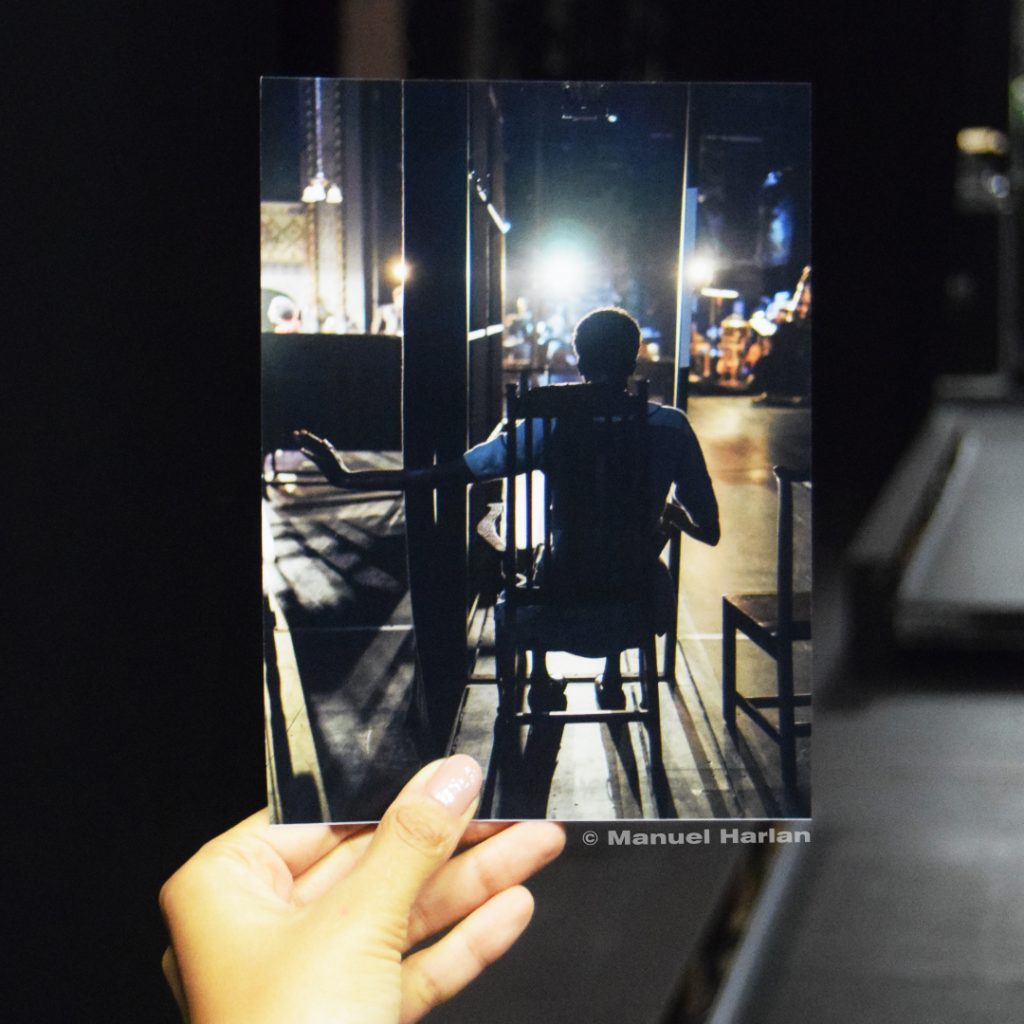 During a performance of Girl from the North Country in 2017, Sheila Atim waits in the wings just offstage. Sheila won the Olivier Award for Best Supporting Actress for her performance of Marianne. In 2019 we welcomed her to our Board of Trustees. 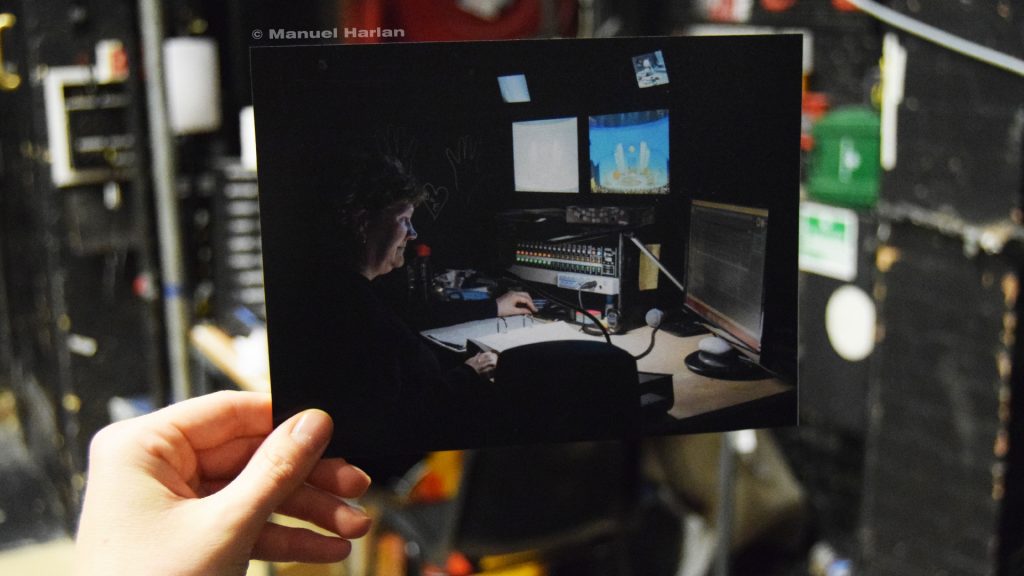 Maria Gibbons working backstage as a Deputy Stage Manager on Present Laughter in 2019. 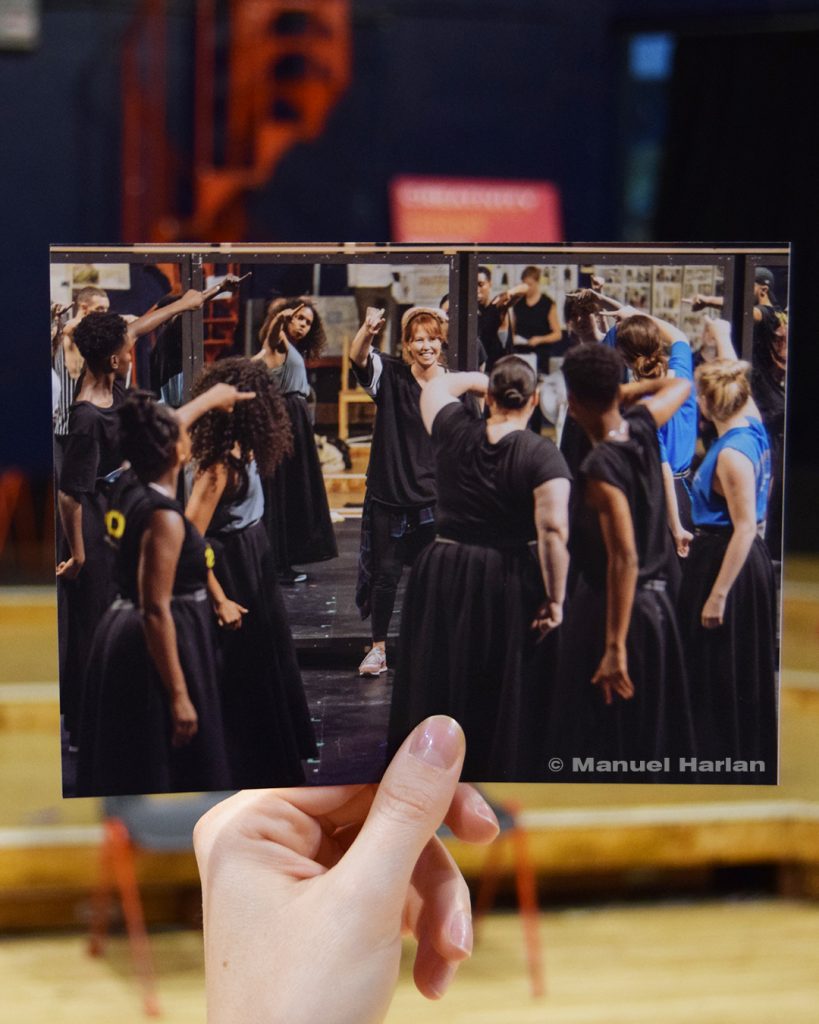 Kate Prince MBE, founder and director of ZooNation, directs SYLVIA in rehearsals at The Old Vic workrooms in 2018. 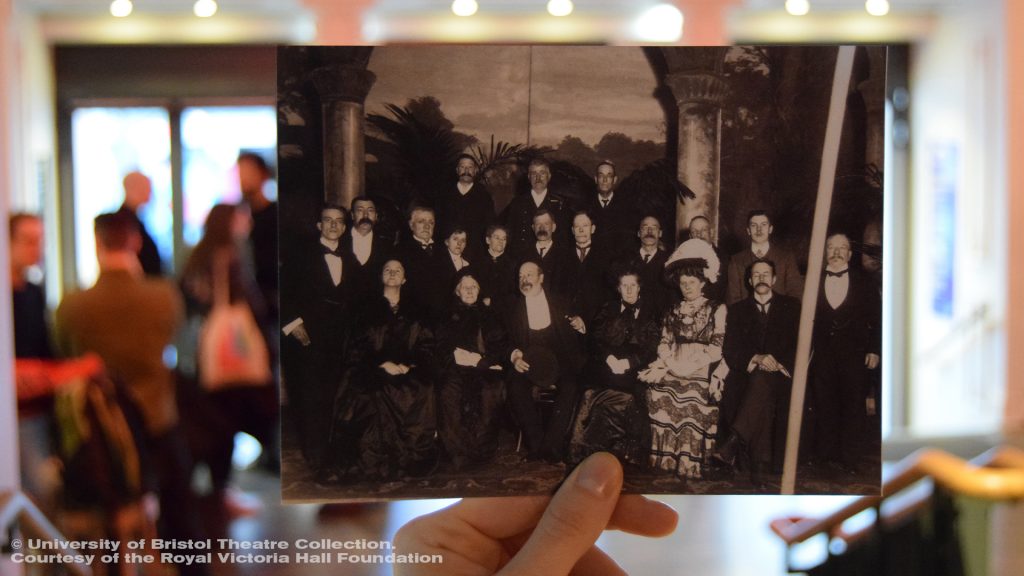 Emma Cons, a social reformer strongly committed to women’s suffrage, re-opened The Old Vic in the 1880s and managed the theatre for 32 years. Here she sits on the stage for a photograph alongside her niece Lilian Baylis (who would manage the theatre from 1897–1937) and King Edward VII, c.1901–1910. 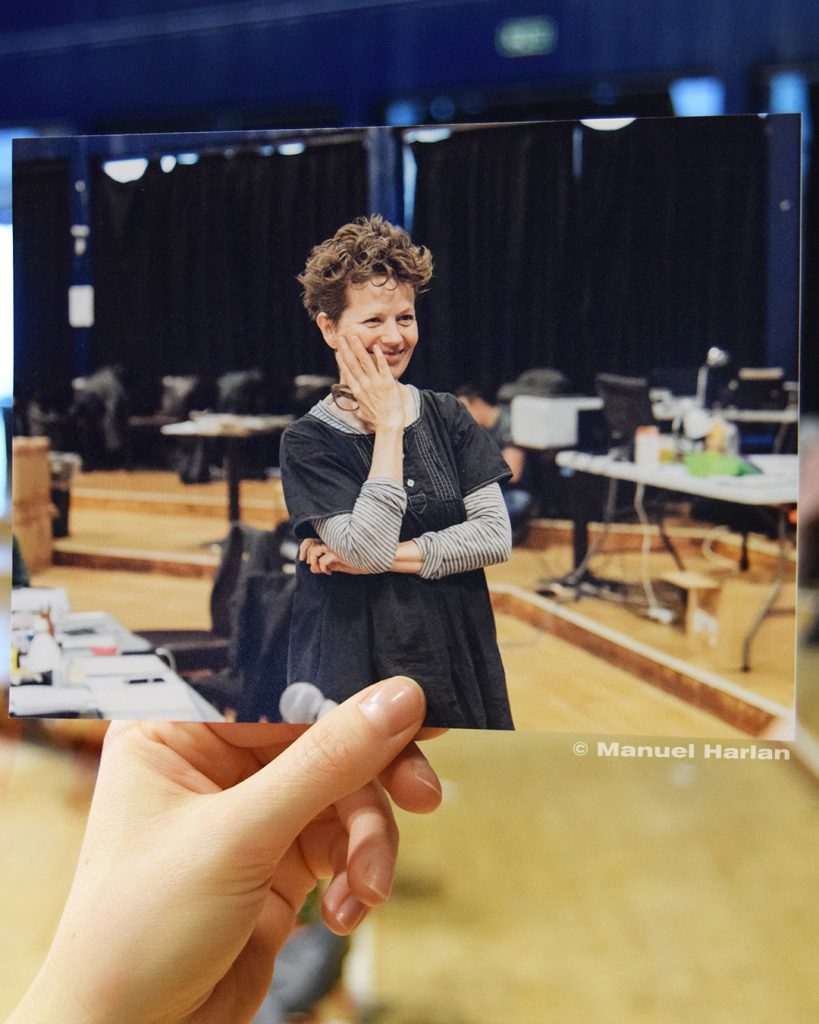 Director Sally Cookson in rehearsals for A Monster Calls at The Old Vic workrooms in 2018. The Olivier Award-winning A Monster Calls, devised by the company, is now on tour of the UK until June 2020. 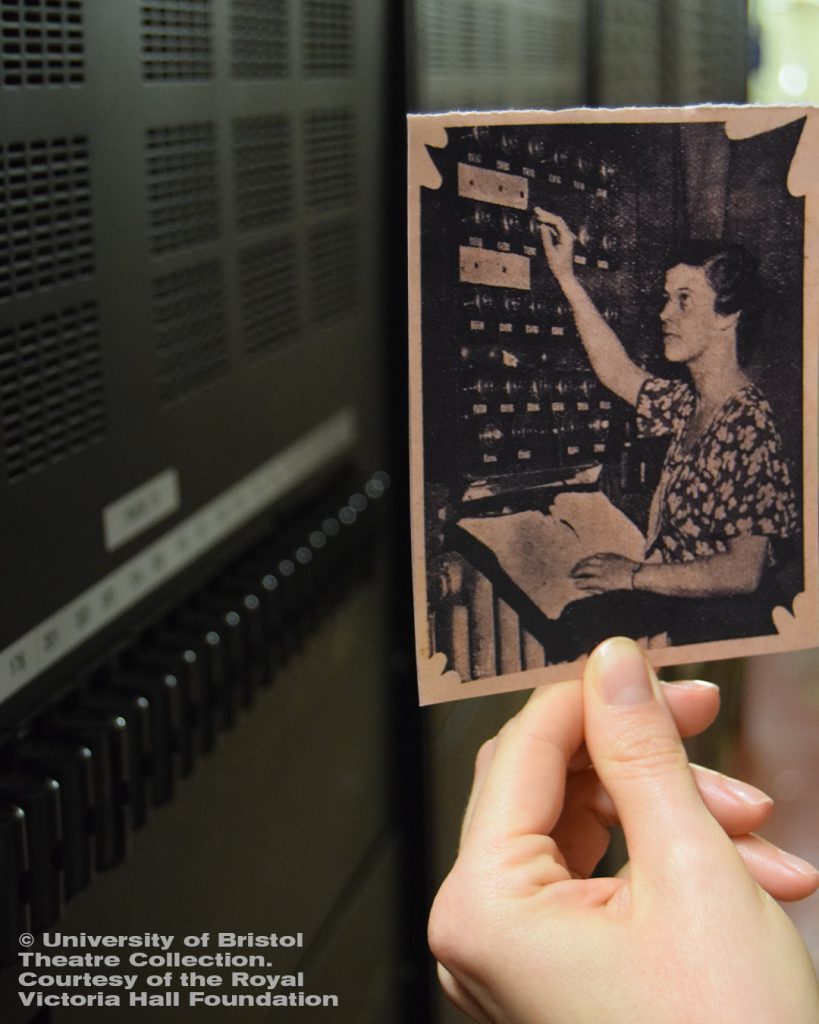 Rose Temple in 1935, working as Assistant Stage Manager at The Old Vic. She worked for both The Old Vic and Sadler’s Wells throughout the 1930s under the management of Lilian Baylis.

Lolita Chakrabarti waits in costume backstage during Fanny & Alexander in 2018, in which she played Alma Ekdahl and Henrietta Vergérus. Lolita returned to The Old Vic in 2018 as Curator and Writer of The Greatest Wealth, a celebration of 70 years of the NHS. 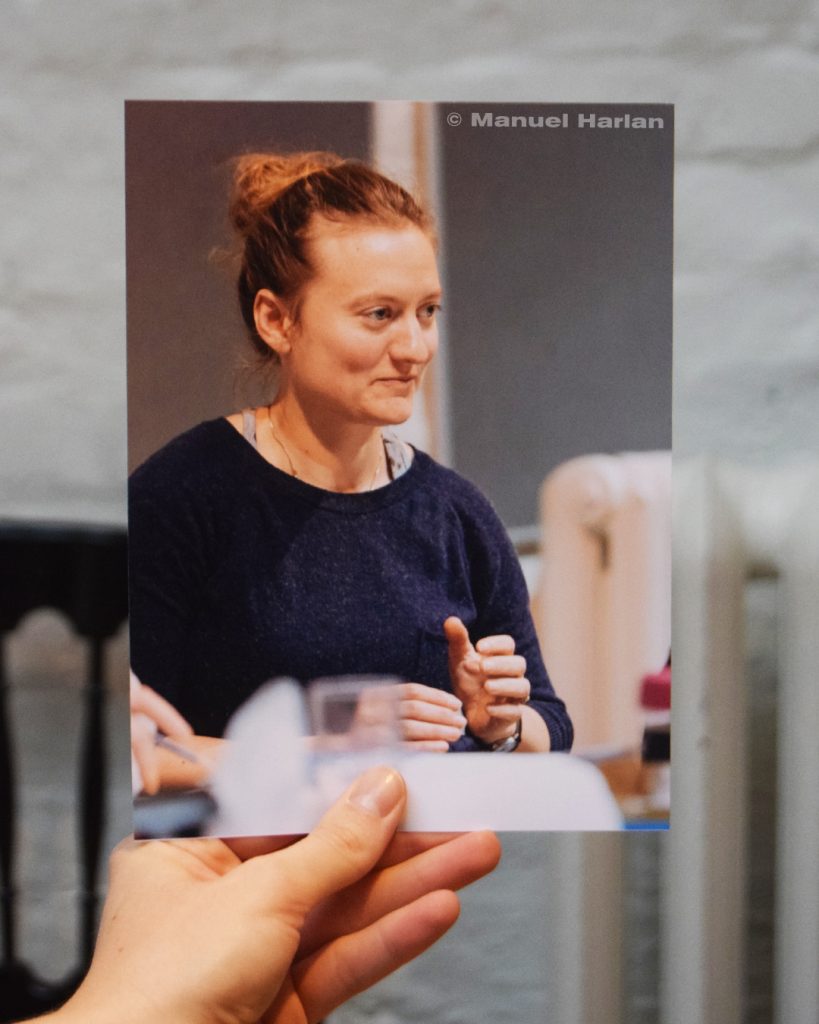 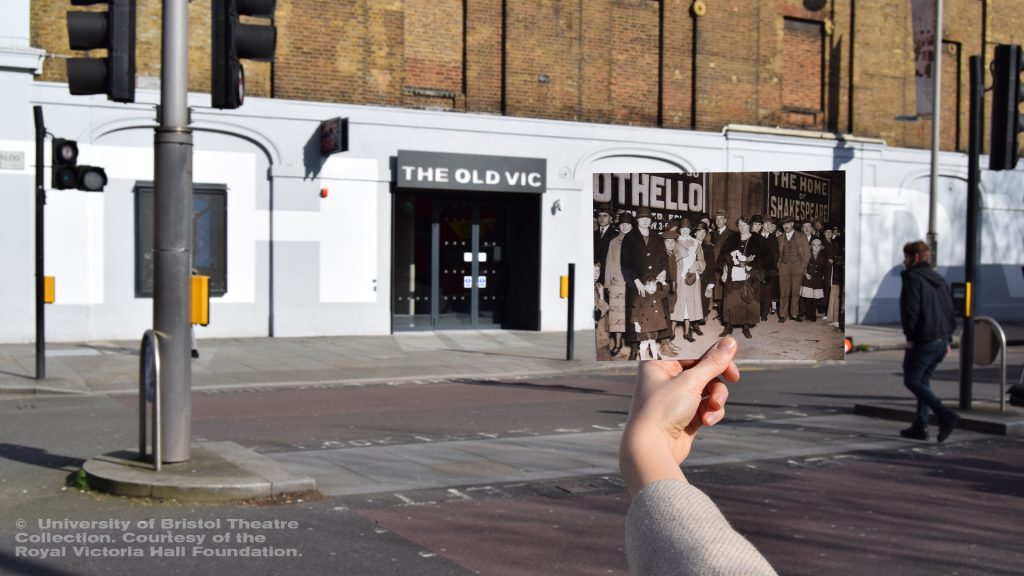 Lilian Baylis, who managed the theatre from 1897–1937, stands in a queue outside The Old Vic on Waterloo Road, waiting to see Othello (c.1920s). She can be seen holding a sprig of heather, which she gave as a press night gift to the Company for every production as a symbol of luck.