How to be a Director – Katy Rudd 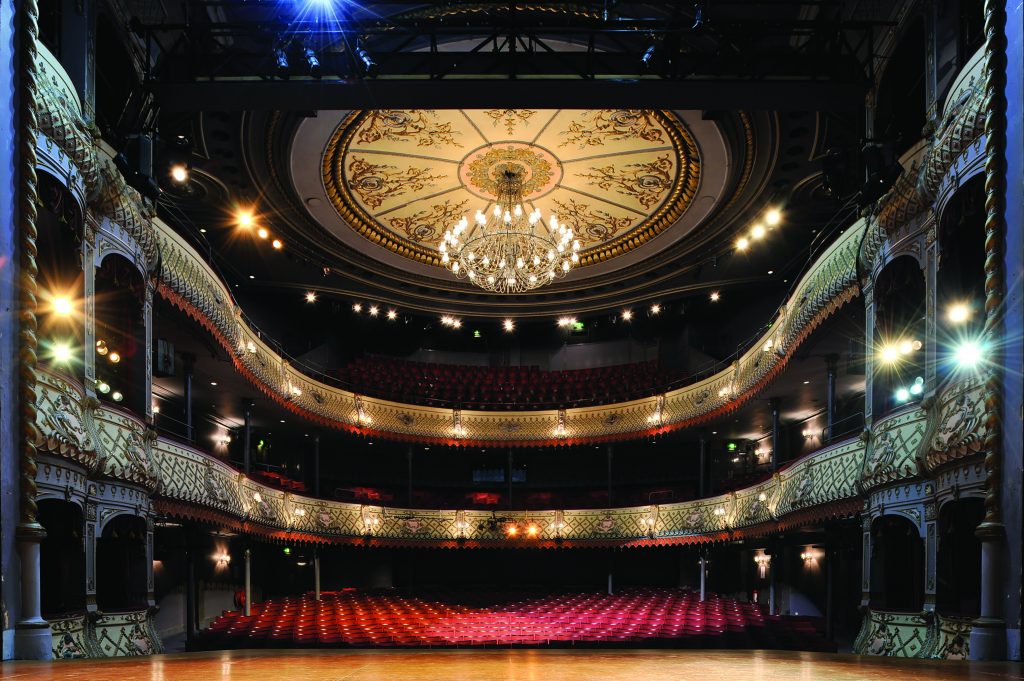 When I left university, I knew that I wanted to be a director but I had no idea how, or where, to start. At university I wrote and directed plays as part of my course and I was given a good introduction to making theatre. In our spare time we put on our own shows rehearsing after hours in whatever space we could commandeer; empty lecture rooms, communal spaces or failing that our bedrooms. The audition process for these student productions was basically whoever was the least hungover and whoever I could convince to come and join in. University gave me invaluable knowledge, great support and opportunities to work collaboratively with people who were as passionate about making theatre as I was. I was pretty proud of the work we made but this couldn’t be what it was like in the real world, could it? How do you become a director, a proper director?

I did some research and found there were some courses you could do. Perhaps I could do one of these? But coming out of university with a considerable amount of debt meant this wasn’t a realistic option for me. So, I wrote lots of letters and finally got a job working for a casting director. My role was mostly doing administrative work, and that wasn’t exactly where I wanted to be, but I was working in theatre. This experience also taught me that casting is an invaluable part of the directing process. I learnt a great deal about the meticulous work that goes into casting, I got to know the work of as many actors as I could and I got to go to some plays and musicals for free. I also took the opportunity, when it arose, to tag along and meet as many artists and directors as I could. I wanted to expand my knowledge of what was out there – whose work did I like? What work did I not like? What sort of director did I want to be?

Finally, I got my first job as a ‘directing intern’. In practice this meant making a lot of tea but crucially it allowed me to watch what went on inside the rehearsal room. What happened on the first day? What was everyone’s role? What was the director’s role in the room?

During this time I had the good fortune to meet Marianne Elliott who kindly had a cup of tea with me – she gave me some advice and told me to go to the regions and learn your craft. Then she wished me good luck.

So I did. I went to Salisbury Playhouse where I spent three glorious months assisting on main house productions and directing in the studio. I worked with some inspirational artists who were determined to deliver first-class productions to their audiences. The theatre was the heart of the community and it felt vital. When my time at Salisbury was up I came back home to London. Next, I managed to get a job in production – again not exactly where I wanted to be – but another vital element in putting on a play.   There was a lot to learn. What was the budget for a play? What does everything cost? How does a director work with a production manager and designer to prioritise and keep productions in budget?  What happens when things go wrong? Who were the directors and designers pushing technical boundaries in theatre? Who were the directors driving technical innovation? It was another fantastic experience. At the end of my time in production I knew how to achieve a lot with a little and I felt I had a better technical understanding of other people’s roles. This still helps me today when I am managing my creative team, talking with technical crew and going through my budget line by line!

And finally… I found my way into more regular assisting work; assisting jobs are very competitive and it can feel as though you are lucky to be there – but it is important to know your own value. You bring a lot to the room and the role of the assistant director is vital. When choosing what plays to assist on I decided pretty early on that it either had to be for a director who I found inspiring, a play that challenged me or a genre that I had never worked on. This meant that I continued to learn and further my skill set.

I started assisting on the fringe but as time went by I was offered work on productions at the National Theatre, the West End and in the regions. I was finally learning how to be a director. I assisted some of the most successful and established directors in the country and the most valuable thing that I learnt was: there is not one way to direct. Every director has a different process and their own way of working.  And every one of them has come into directing via a different route. Coming out of the education system, it’s natural to look for a clear career pathway into directing but in reality there isn’t one; directing is one of the most open careers you can have. You just need to find your own way.

I decided I wanted to take time to watch and learn on the job and so for a while I was happy to keep working as an assistant director. This gave me confidence in my own ability. It gave me time to find my voice as a director and to have the confidence to know that my ideas and opinions were as valid as the great directors whose work I admired. It demystified what the job was and made me realise that there is no such thing as a ‘proper director’. Every director is different.

So what have I learned? Have confidence, know that your life experience is unique and know that you are from a new generation of directors. You have your own voice and that is your strength. I hope you enjoy navigating this wonderful industry and finding your own way into directing.