A Christmas Carol - The Home of Dickens 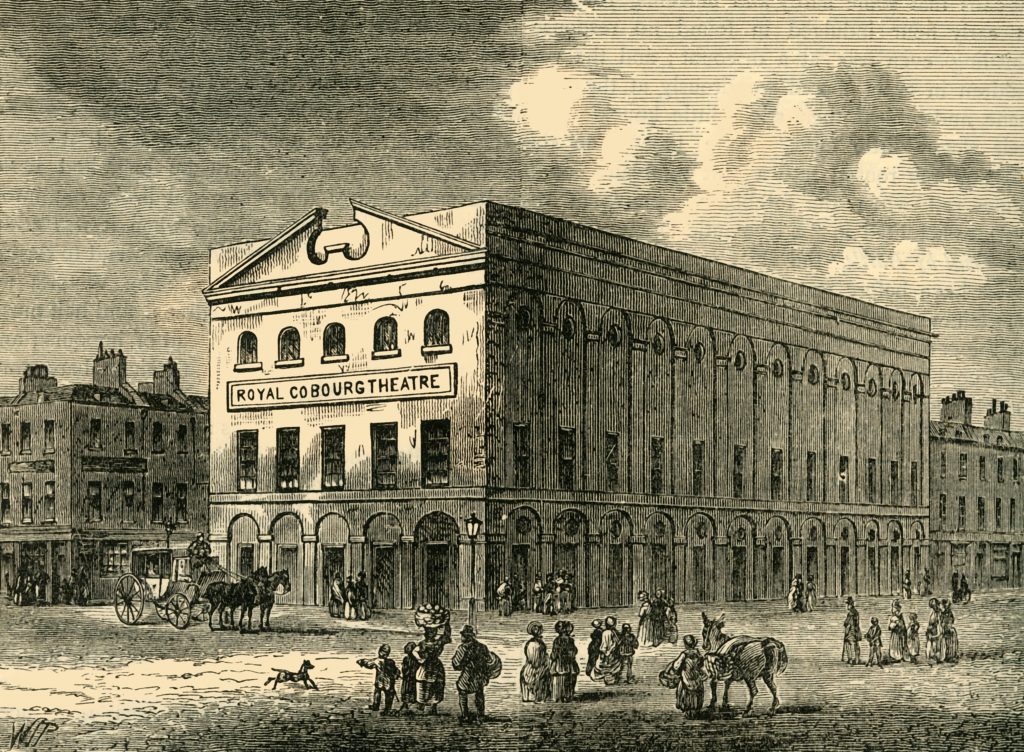 Sitting at the heart of Lambeth and Southwark, our theatre spent its formative years as the backdrop to the smog and spirit of Dickensian London which has been immortalised in Dickens’ novels – and none more so than A Christmas Carol, which returns to its Lambeth and Southwark home this Christmas to transport us back over 170 years to where it all began.

‘I will become a great man, a financier the whole of Southwark may rely upon’ 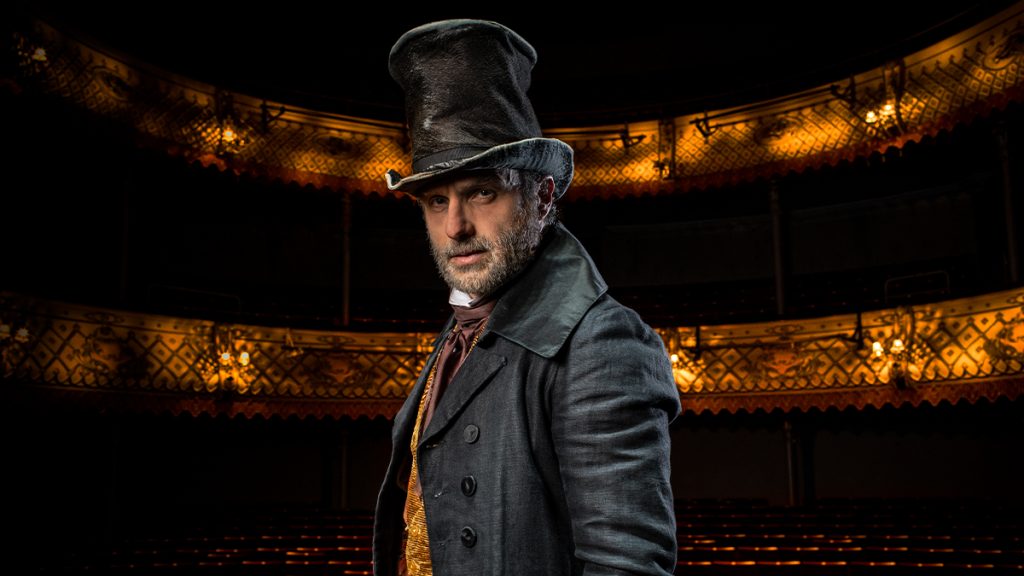 From 1824, within less than a mile’s radius of the six-year-old Royal Coburg (as The Old Vic was first named), Dickens’ father paid for his debts at Marshalsea Debtors Prison and a 12-year-old Charles Dickens lodged in the attic of an agent of the Insolvent Court on Lant Street whilst he worked at a boot blacking factory in Camden. Southwark was a harsh introduction to the concept of debt in Dickens’ formative years, sowing the seed for literature’s most miserly debt collector who would eventually come to fruition almost two decades later.

‘What’s Christmas-time but a time for paying bills without money, a time for finding yourself a year older, and not an hour richer?’

Scrooge’s money-lending office is where we are first introduced to the man himself, along with his underpaid and long-suffering clerk, Bob Cratchit. Dickens wrote that when Bob leaves for the day, he exits the office via Cornhill in the City of London, suggesting Scrooge’s place of work is in Newman’s Court – in a tiny alley overlooked by St Michael Cornhill church. In Cornhill you’ll now also be able to find the Counting House pub.

‘It was the very thing he liked. To edge his way along the crowded paths of life, warning all human sympathy to keep a distance’

It’s Christmas Eve and Scrooge isn’t going to spend it with family. He heads off alone to his ‘usual melancholy tavern’, and although Dickens never says the name, it’s likely that it’s the nearby Simpson’s Tavern on Ball Court. You can still visit it today – London’s oldest chop house which has been open since 1757.

‘You will be haunted, by three spirits’ 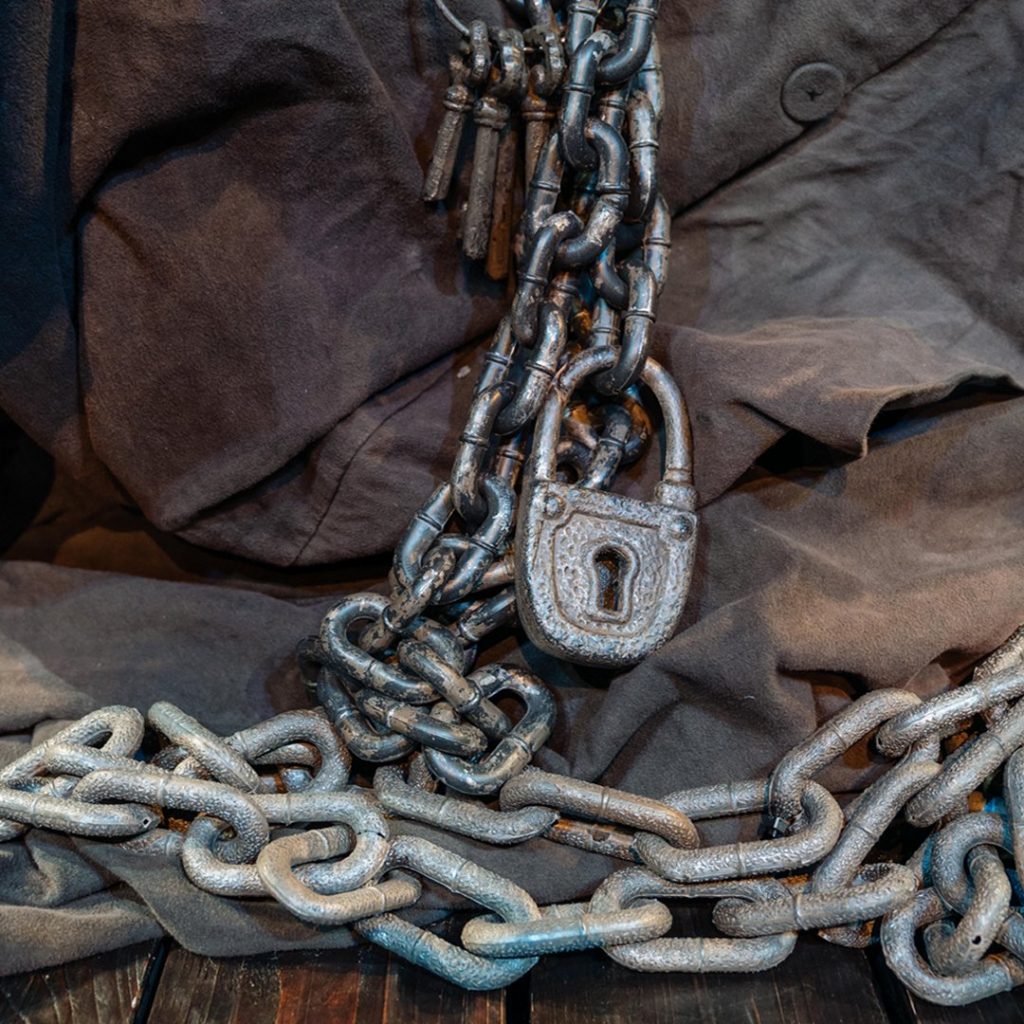 Scrooge arrives home on Christmas Eve, the night he will be greeted by the three spirits. His house is the perfect setting for such an encounter, described by Dickens as a ‘gloomy suite of rooms in a lowering pile of building up a yard, where it had so little business to be…one could scarcely help fancying it might have run there when it was a young house, playing at hide-and-seek with other houses, and forgotten the way out again’. With this description, and the directions Scrooge gives to the passing boy on Christmas Day, it’s believed that the house lies in the vicinity of Lime Street, a narrow, winding road hidden between Fenchurch Street and Leadenhall Street – now in the shadow of the Walkie Talkie and the Lloyds of London buildings.

‘A family very worth sharing Christmas with’

Bob Cratchit and his family, including Tiny Tim, quite possibly resided in Camden – which would have been quite a commute from the City at the time, and an area of extreme poverty. Dickens’ family also lived in Bayham Street before his father was sent to debtors’ prison.

‘I will not shut out the lessons that they teach. Oh, tell me I may change the way the world spins’

It’s the job of the Ghost of Christmas Yet to Come to show Scrooge what will happen if he doesn’t change his ways. In the book, Scrooge is taken to the Royal Exchange by the third spirit – what was then the City’s main financial hub – and he is horrified to see that when he dies, his business associates discuss his death casually and talk about the fact that no one will attend his funeral. 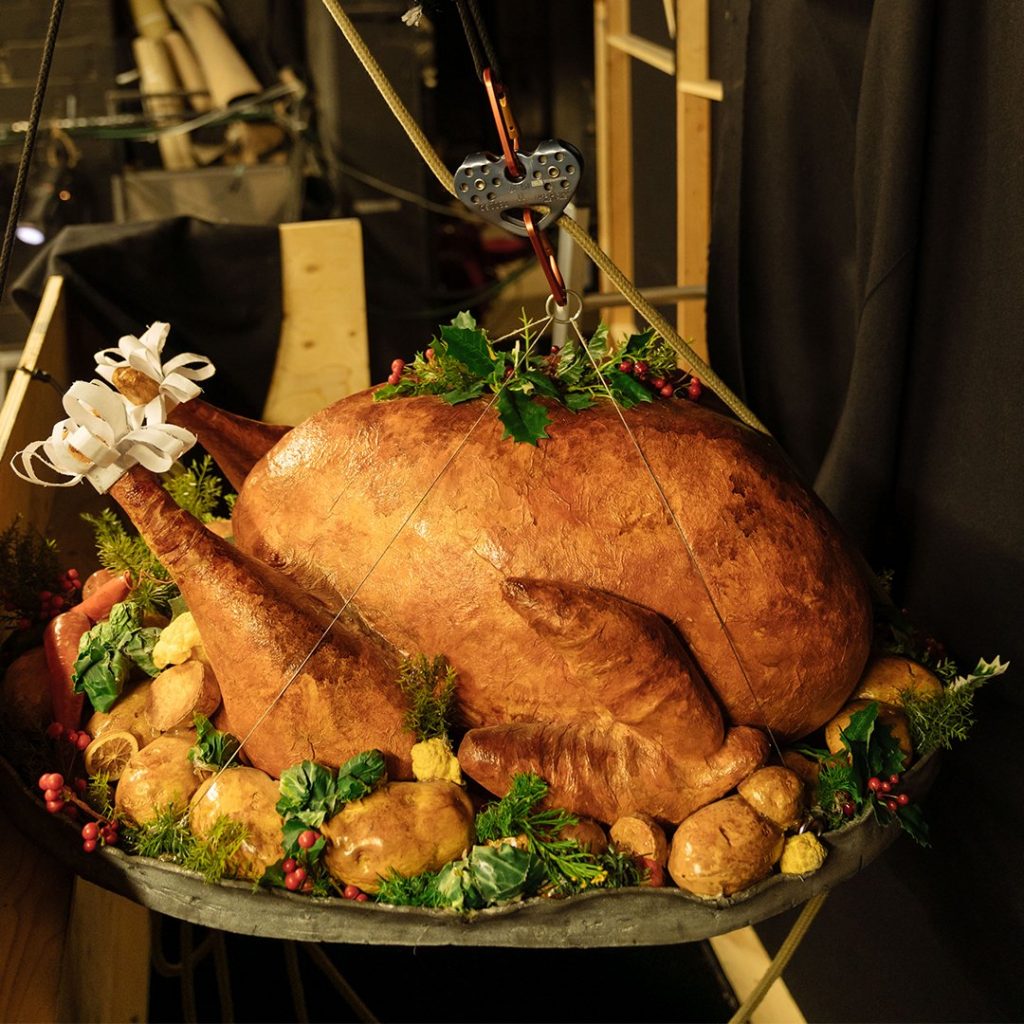 On Christmas Day, Scrooge awakens transformed and asks a passing boy to fetch him a prize turkey and have it delivered to the Cratchits. It’s very likely this would have been purchased in Leadenhall Market which was London’s go-to place for buying fowl.

DICKENS AND THE OLD VIC

In 1850, Dickens wrote about The Old Vic – amongst the novels and novellas of his legendary catalogue are some small programme articles and notes about an ‘up-and-coming theatre’ in Waterloo. ‘The Victoria Theatre’ was still in its infancy when the writer began to document the hustle and bustle of the crowds frequenting it.

‘Joe Whelks, of the New Cut, Lambeth, is not much of a reader, has no great store of books, no very commodious room to read in, no very decided inclination to read, and no power at all of presenting vividly before his mind’s eye what he reads about him. But put Joe in the gallery of the Victoria Theatre, show him doors and windows in the scene that will open and shut, and that people can get in and out of; tell him with these aids and by the help of living men and women dressed up, confiding to him their innermost secrets, in voices audible half a mile off; and Joe will unravel a story through all its entanglements, and sit there as long after midnight as you have anything left to show him.’

Charles Dickens, ‘The Amusements of the People’, 1850

A Christmas Carol will be performed and streamed live as part of our Old Vic: In Camera series.