The story of A Christmas Carol 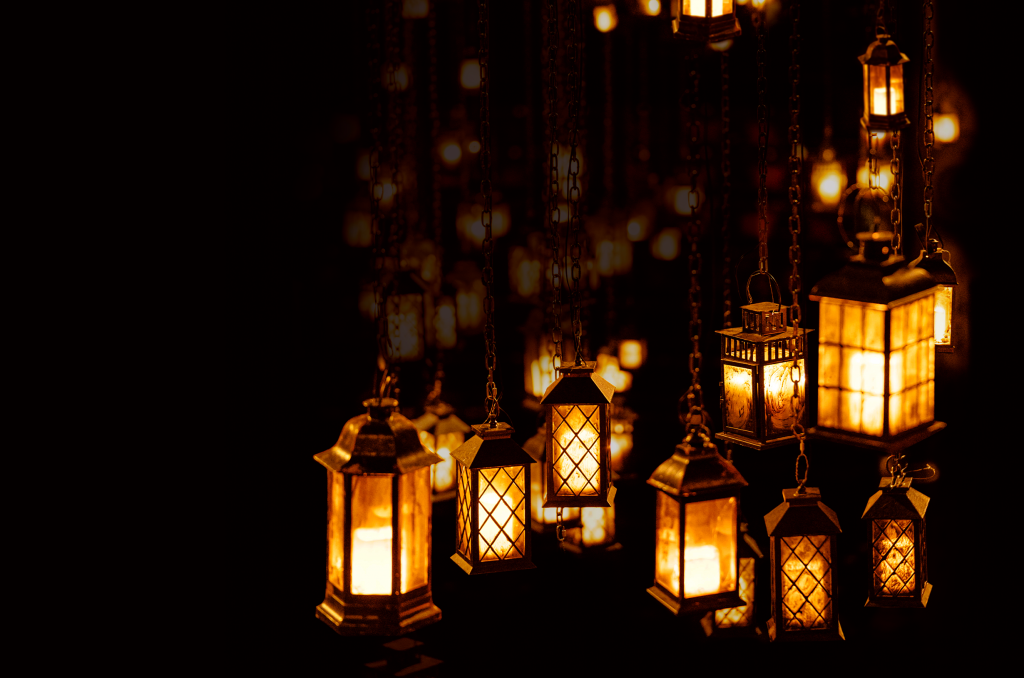 This uplifting story is joyously adapted by Jack Thorne (His Dark Materials, Harry Potter and the Cursed Child). Read the synopsis below if you want to know what happens in this version.

It is Christmas Eve and Ebenezer Scrooge is in his counting house. Despite the excitement of Christmas Eve, Scrooge refuses to join in and instead slams the door on carol singers and people collecting for charity. Scrooge questions whether the poor houses and prisons are still in operation, as he thinks the poor should go there, rather than depending on other people’s charity. Scrooge is visited by his nephew, Fred, who also encourages Scrooge to join in with the Christmas spirit but he refuses once more. After issuing lengthy instructions and errands, Scrooge finally allows his employee Bob Cratchit to go home for Christmas, but not before Scrooge has complained about Bob wishing to have the entire Christmas Day off. His parting words are a reminder not to be late back to work on Boxing Day.

The ghost of Jacob Marley, his business partner who has been dead for seven years, visits Scrooge. Marley’s ghost tells Scrooge that unless he changes his ways, he too will live out his life unhappy and alone. Marley explains that Scrooge will be visited by three spirits, and encourages him to heed the warnings that they will give. Scrooge does not believe him and retires to bed.

The first spirit, the Ghost of Christmas Past, arrives at the strike of one. She takes Scrooge back to his own past, which he recognises by the young boys playing in the street, and then the vision of himself as a young boy, alone and left at boarding school over Christmas. The boy plays with a set of toys inspired by Ali Baba and the Forty Thieves and the Tales of the Arabian Nights. In particular, he plays with a parrot, relying on his imagination to escape his loneliness. Little Fan, Ebenezer’s beloved sister, arrives to take him home but once at home it is clear that he is a disappointment to his father. In order to assist with the family’s financial debt, Ebenezer is to enter into employment immediately.

Scrooge finds an entirely different world in that of Mr Fezziwig, whose own attitude to life is jovial and highly charitable. Christmas with the Fezziwigs is loud, cheerful, and full of laughter, music and dancing. Before meeting him, Scrooge encounters Fezziwig’s daughter, Belle, who coaches him on the way in which to reply to a conundrum. If faced with two families who have recently been bereaved, one by the death of an elderly relative, the other by the loss of a young child, who should he help first? Scrooge’s initial answer is those with the most money but the Fezziwigs allow him to see that there is a more kind and benevolent approach: he should prioritise the family of the small child with whom they will never share a long life, compared to the family of the elderly relative.

Scrooge falls in love with Belle, but in his quest to gain financial riches, allows himself to be distracted and they grow apart. The audience sees the life that Scrooge could have been part of, potentially even taking over the family business later on.

Scrooge returns home to his family with gifts such as ribbon and fabric. His mother is very ill, and his father rejects the gifts insisting that money would have been better. Little Fan is delighted to see her brother and has made him a scarf which he promises to wear forever.

The Ghost of Christmas Present arrives and immediately shows him a life of misery and poverty. As a debt collector, Scrooge is responsible for some of this misery but he insists that he is simply playing his own role in society. The Ghost of Christmas Present takes Scrooge to the home of his lowly employee Bob Cratchit whose family, despite being extremely poor (as a result of the inadequate wage paid to him by Scrooge), live a life of happiness and contentment because of the love that family have for one other.

Upon arriving home, Bob Cratchit fins his son Tiny Tim sitting alone, as his other children play a game of hide and seek. Mrs Cratchit enters with the Christmas goose. It is small and will not satisfy the hunger of the family but they remain happy and grateful for what they do have. Bob toasts Scrooge as his employer, wishing him well, although Mrs Cratchit is not as enthusiastic about those well wishes.

Scrooge is then taken to the home of his nephew Fred, whose mother was Little Fan. Fred is playing a parlour game with his guests, describing an unattractive being who roams London and which can be savage and cruel. He is talking about Scrooge, much to the amusement of his guests. Scrooge is scornful and angry with the ghost, but also hears Fred admit that despite his idiosyncrasies and lack of empathy he loves him, and misses him at Christmas.

The next vision shown by the Ghost of Christmas Present is that of Belle, with her husband Nicholas. Nicholas reminds her that Fezziwig owed a financial debt to Scrooge and died as a result of the strain. Again, Scrooge refuses to take responsibility for doing anything other than his job and is reluctant to admit how much pain the loss of Belle has really caused him.

Suddenly, Bob and Mrs Cratchit reappear with Tiny Tim who has fallen ill after waiting in the cold for his father to return home. Despite not having the necessary money, they call for a doctor but it is too late. Act One ends with Scrooge still resisting change despite the pain and unhappiness that he has been exposed to that night, and still insisting that he is a ‘great man’.

Shaken by his previous two visitors, Scrooge is then visited by a third spirit — in this production that of his late sister, Little Fan. She shows him his own funeral, and explains that the material riches that he leaves behind will only rot or be stolen by thieves. Little Fan shows him a future in which he has been unnecessarily cruel and petty, even sacking Bob Cratchit for poor time keeping following Tiny Tim’s death. Despite this, Bob is seen mourning over Scrooge’s coffin, mentioning only kind and positive thoughts about his former employer. Fred, too, speaks of his uncle fondly even though Scrooge has changed the locks to his home and offices and they have not spoken for several years. Scrooge admits that he was suspicious of Fred’s attempts to move Scrooge into his home with him in order to look after him: he thinks it is simply an attempt to take all of his money. In order to protect Scrooge from even more pain, Little Fan refuses to show him the funeral of Tiny Tim but she reminds him of the possibility and rewards of love and kindness. Scrooge is able to see that there were so many possibilities for the person he was to become and Little Fan takes leave of him as he experiences his enlightenment.

When Scrooge awakes, once again in his own bed, he has undergone a moral transformation. He enthusiastically gives money to charity collectors who are amazed at his generosity and change in attitude. He makes a visit to Belle, who confirms that the man whom Scrooge has become is not the man with whom she fell in love. She is happy that Scrooge is part of her story, but is also content with the family she has raised and the good life that she has lived. She wishes him happiness.

Moved by the possibilities that have been opened up to him, Scrooge runs to his nephew’s house and finally accepts the invitation to share Christmas with him. However, he asks that the Christmas feast become a moveable one because he wishes to share it with the Cratchit family who welcome him wholeheartedly.

Suddenly Scrooge finds himself alone, unsure whether what he has just experienced is real or even possible. The ghost of Jacob Marley reappears and reminds him that although the path to redemption is not always easy, Scrooge has the capacity to ensure he achieves it. The three spirits also reappear, telling Scrooge honestly that he did not deserve the happiness he has just experienced but that he can make amends. Scrooge ensures that he does.