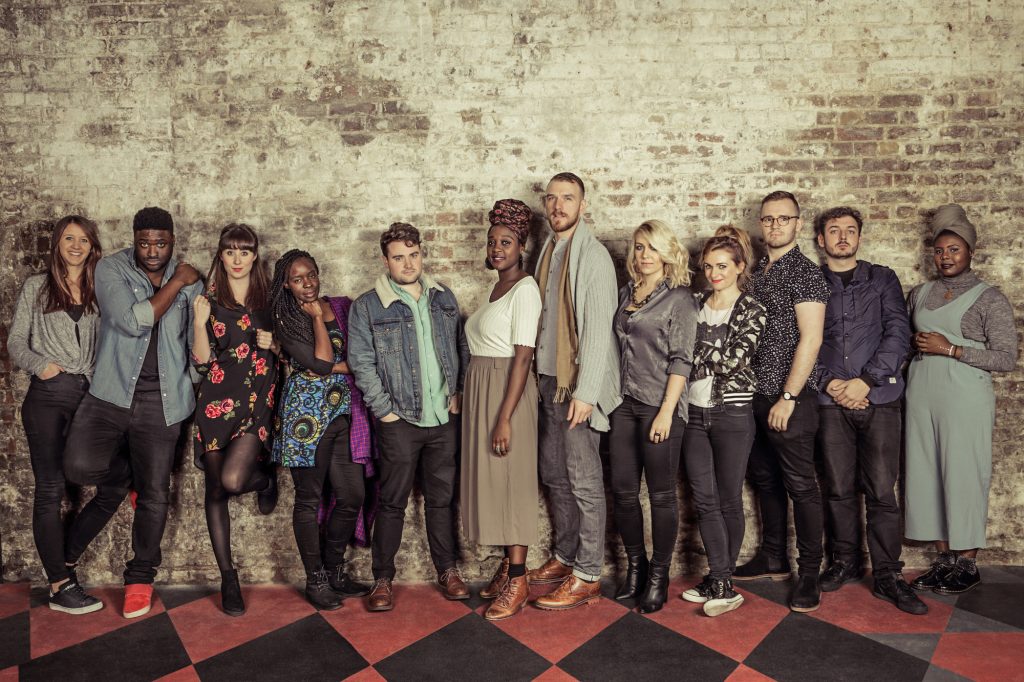 We are thrilled to announce the theatre makers behind this years Old Vic 12: a company of talented, developing artists looking to make the next step in their careers. The scheme offers them the opportunity to expand their networks, experience first class mentoring and receive funding to create three brand new plays as a collective.

This Autumn, after receiving 1,300 applications and interviewing over 300 candidates, we are thrilled to start work with these artists to nurture and unveil the work they produce.

Artistic Director, Matthew Warchus said:
Supporting the next generation of theatre-makers is one of the most important and effective contributions to our cultural future we can make. It is also one of the most enjoyable. The Old Vic 12 sees emerging creatives engaging with people at the top of their profession across a wide range of theatrical disciplines and it’s hugely inspiring to see how much all parties get from the mutual exchange of ideas. The presence of these early-career creative minds in our midst through the year is extremely energising. And it’s also exciting to see the partnerships formed within the group and how these develop forward beyond The Old Vic. So, we are very happy to welcome this year’s group, and to support them as they collaborate to create new work and bring fresh energy to this building.

During its year of inception, The Old Vic 12 developed three brand new plays; Five Years, Prince of the River and The Test, which were recently presented in an intimate setting at the Criterion Theatre. Alongside this process they received mentoring from industry experts, collaborated on a variety of projects and delivered masterclasses to other emerging artists.

Achievements from the Class of 20152016 include: Director Caitlin McLeod moving on to win a Sky Arts Scholarship to create new theatre company The Coterie, pairing with OV12 Producer Martha Rose Wilson. Producer Paul Jellis moved on to become Executive Producer (maternity cover) at HighTide and Sarah Georgeson is now Assistant Producer at the Lyric Hammersmith. Director Ed Stambollouian recently finished a successful run of Blush at The Edinburgh Festival; composer Harry Blake takes up post as Cameron Mackintosh resident composer at the West Yorkshire Playhouse and playwright Samuel Bailey is presenting his next play Champ at the Tobacco Factory.

This project was made possible with seed funding from the Peter De Haan Charitable Trust.