From Coburg to Victoria to Vic – the history of our name 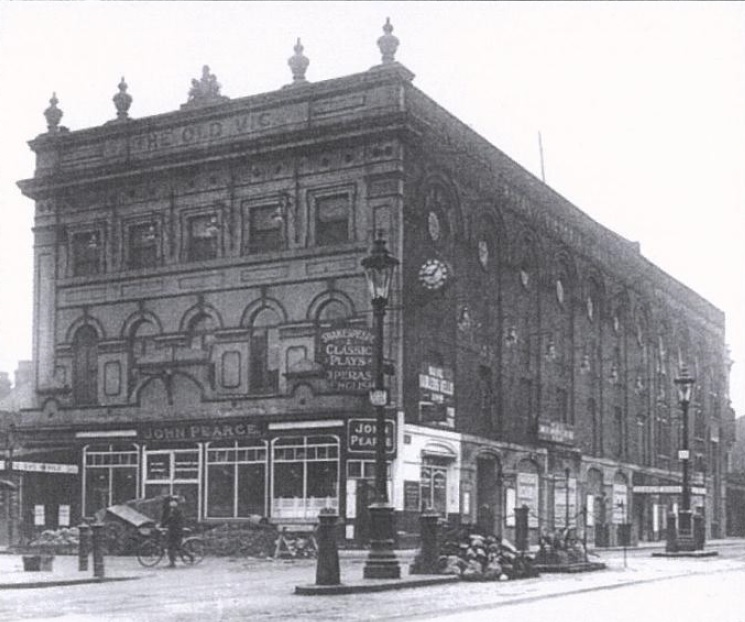 The Old Vic started life as the Royal Coburg Theatre, taking its name from its patron His Serene Highness Leopold, Prince of Saxe-Coburg and his wife, Princess Charlotte. Sadly, Charlotte died in 1817 before the Coburg opened and Prince Leopold subsequently only visited the theatre twice, eventually leaving England in 1831 to become the first King of the Belgians.

In 1833 Daniel Egerton and William Abbott took over the lease and whilst their time at the theatre ended a year later with bankruptcy, they did bestow one of the most enduring legacies in its history. The two decided that they needed to secure a new patron for the theatre and approached the widowed Duchess of Kent, Princess Victoria of Saxe-Coburg-Saalfeld, mother of the soon-to-be Queen Victoria. Egerton and Abbott proclaimed that the Coburg would become The Royal Victoria Theatre – although there was some confusion as to which Victoria; the Duchess of Kent was also called Victoria and was the new patron, but the world was happy to assume that the name was given after her daughter, the future Queen Victoria.

That same year a 14-year-old Princess Victoria made her first and only visit to The Old Vic, then the Royal Coburg. She saw Gustavas the Third, in which the assassination of the King of Sweden is enacted on stage. Despite the subject matter, she found the experience very agreeable, writing in her diary that ‘it was a very clean and pretty little theatre.’

The name stuck until 1871 when a new lease holder, Romaine Delatorre erected a new theatre between the original walls and beneath the original roof, renaming his 2,300-seat creation the Royal Victoria Palace and it was also in this year that ‘The Old Vic’ first came into being. It first appeared in print at Christmas 1871 in an article in the Daily News two days after the newly renovated theatre opened: ‘Re-decorated, re-furbished, re-arranged, and as far as the interior is concerned almost rebuilt, The ‘Old Vic’ once more takes place amongst London theatres.’

Nine years later, the official name changed again under the management of Emma Cons and the Royal Victoria Palace became the Royal Victoria Hall and in 1912, Lilian Baylis secured a theatre licence, settling on the name we still have to this day.