A Guide to The Great Depression

Arthur Miller’s play The American Clock opens at the time of The Wall Street Crash in 1929, as America falls into The Great Depression. But how much do you know about this crucial period of American history?

Impress your family and friends round the table this Christmas with some quick facts and make sure you’re in the know before The American Clock opens at The Old Vic in February. 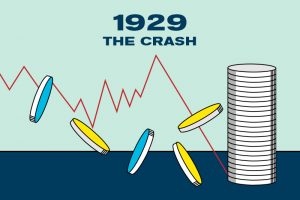 Before The Wall Street Crash:

Demand for grain fell and prices dropped. 60,000 farmers lost their farms in 1924 and the mechanisation of industries such as coal mining and shipbuilding meant more unemployment. In 1929 the Senate blocked President Hoover’s plans to increase tariffs, which led to panic selling of shares. Prices fells, panic grew and the stock market crumbled. 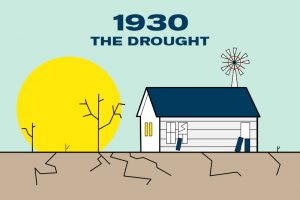 A severe five year drought in the midwest, creating The Dust Bowl; it ruined millions of farmers, contributing to rising unemployment levels and destitution. 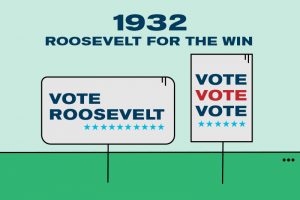 When Franklin D. Roosevelt won the 1932 election by a landslide, receiving the highest percentage of the popular vote of any Democratic nominee up to that time. He was determined to encourage economic recovery and help victims of the Depression. 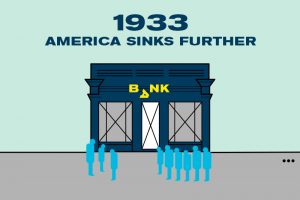 In 1933, unemployment reached an all-time high of 25%, compared to today’s unemployment rate of 4%. Over 9,000 banks had now closed too, collapsing as people withdrew their savings in panic.

‘Like weather; had to expect bad weather, but it always got good again if you waited. And so we waited. And it didn’t change.’ 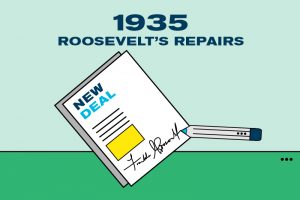 Roosevelt put in place The Social Security Act, which laid the groundwork for the modern welfare system in the United States, and The Works Progress Administration, which provided jobs and income to the unemployed. Between 1935 and 1943, the WPA employed 8.5 million people.

‘Not only our future economic soundness but the very soundness of our democratic institutions depends on the determination of our government to give employment to idle men.’ 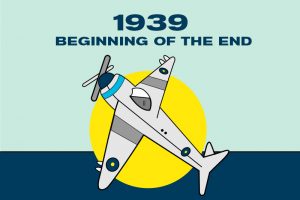 The US began building armed forces and spending on manufacturing. Government spending went up significantly and unemployment fell. After over a decade of Depression, American soldiers returned home to an economic boom.

The American Clock, directed by Rachel Chavkin (Hadestown, National Theatre) will run at The Old Vic from 04 Feb−30 Mar 2019. Tickets are available from £12. Find out more here.