Season 5 at The Old Vic 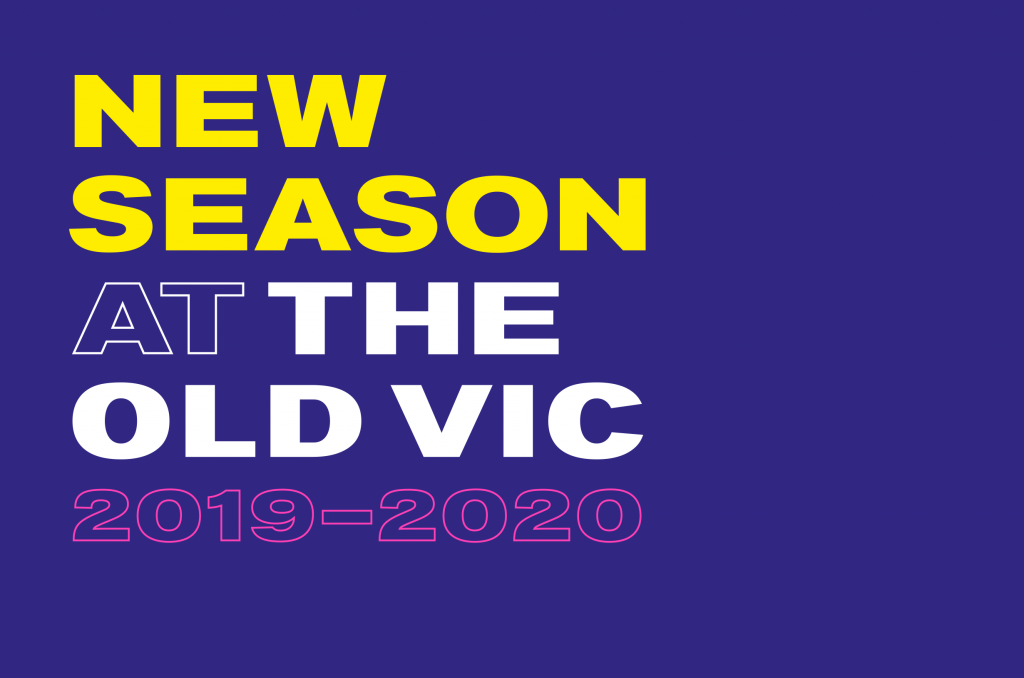 The Old Vic is thrilled to announce Matthew Warchus’ Season 5 featuring an exciting and eclectic mix of thought-provoking entertainment.

In addition, The Old Vic is also today launching two new initiatives: an online loyalty scheme called OV Extra, designed to give audiences discounts, insights, invites and surprises for just £5 a month, and Matinee Idols, a social initiative specially for those aged over 60.

Plus we are delighted to announce the appointment of Tina Alexandrou and Olivier Award-winning actress Sheila Atim to The Old Vic Theatre Trust Board of Trustees.

Commissions and in development:

From The Old Vic:

‘One of the things I love about theatre is its almost complete disinterest in trivialities. It feeds off – and feeds back – life’s most titanic ideas and emotions. Our next batch of shows at The Old Vic is no exception and delivers five powerful stories in five contrasting genres; a world premiere play, a very topical duologue, a festive celebration, a 20th century classic and a brand new musical. First up is the extraordinary quest for an elusive truth in Lucy Prebble’s dark fantasia A Very Expensive Poison, exploring the poisoning of Alexander Litvinenko in 2006. After that, and hot on the heels of the Extinction Rebellion consciousness-raising demonstrations, there’s an extremely limited run of Duncan Macmillan’s dazzlingly vibrant and profound two-hander, Lungs, which sees a conflicted couple wrestle with huge contemporary dilemmas surrounding the responsibility of bringing new life into an increasingly precarious world. Then there’s the race against time to save the soul of greedy misanthrope Ebenezer Scrooge in Jack Thorne’s emotional sucker-punch adaptation of Dickens’ A Christmas Carol. In January we’ll plunge into the absurdist verbal sparring which comprises Samuel Beckett’s phenomenal play Endgame (playing for the first time in a double bill with his Rough for Theatre II), where human co-dependency, bathos and malevolence is laid bare in a post-apocalyptic wasteland. And, finally, a poignant (and comic) battle to save the environment in the new Scottish musical Local Hero.

These shows continue our social mission to present productions which entwine empathy, politics and entertainment for as wide an audience as possible. If you’ve never visited The Old Vic before, or if you haven’t been back for a while, come along and check out what we’re up to… you’ll be surprised how much we’ve changed’

Tickets are on priority sale now ahead of general on sale on Thu 09 May – if you love what we do and can support us in raising the £3.9 million we need to raise each year, find out more about becoming a friend or becoming an individual supporter.

TAKE A LOOK AT SEASON 5