Samuel Beckett and The Old Vic 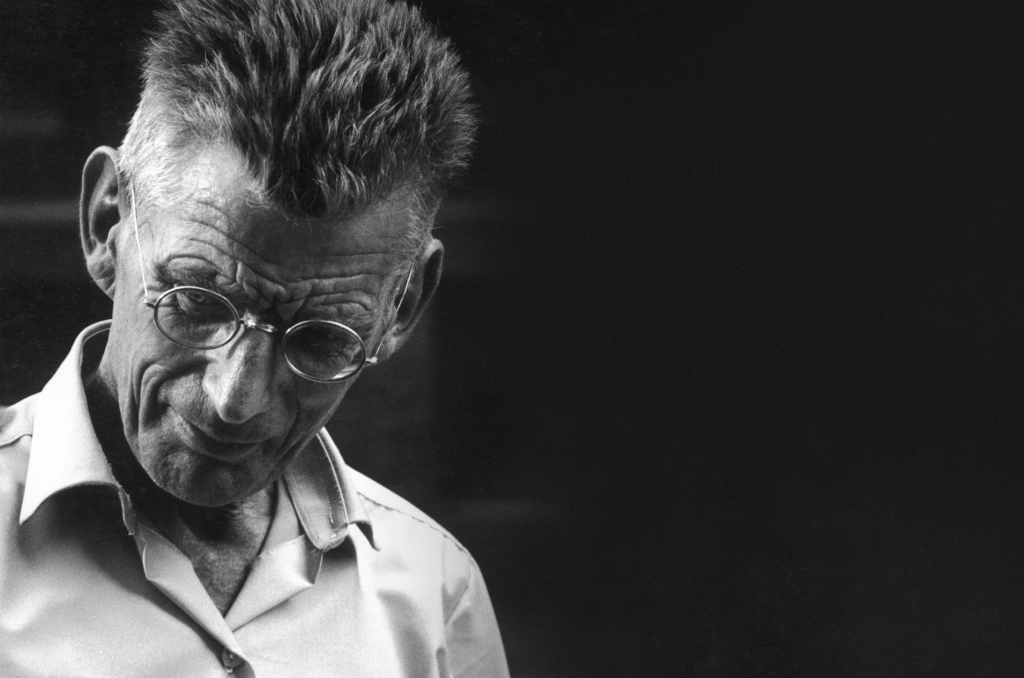 Ahead of Samuel Beckett’s Endgame coming to our stage on Mon 27 Jan in a double bill with his rarely performed Rough for Theatre II,  we look back over half a century of his plays at The Old Vic.

The Old Vic was home to the National Theatre from 1963 whilst the purpose-built theatre was under construction. During this time, Beckett’s new work Play was performed at The Old Vic, and it called for a trio, a wife, an adulterer and a mistress, to be encased in urns. The cast included Billie Whitelaw – performing in Play was her first experience of working with Beckett but she soon became his favourite actor and he would go on to write many more plays just for her.

In 1973 Sir Peter Hall took over the artistic directorship from Sir Laurence Olivier to lead the Company to its new home on the South Bank, but due to building delays, his first productions were performed at The Old Vic. Two years later the National Theatre was still under construction, so his production of Samuel Beckett’s Happy Days was also performed here with the part of Winnie played by Peggy Ashcroft. The production finally transferred to its intended home of the Lyttlelton Theatre in 1976.

Having run The Old Vic for 15 financially turbulent years, Ed Mirvish and his son David Mirvish brought in Peter Hall to run his own company in a last attempt to make money for the theatre. Hall said The Old Vic was ‘a place for dreamers’ but he was told if he lost money, it would be closed down.

For six months it worked, and Hall’s first Season included Beckett’s Waiting for Godot. It was a hit, and people were even queuing for tickets on the day in August 1997 when the Ed and David Mirvish made the decision to put The Old Vic up for sale.

No’s Knife is a presentation of 13 of Beckett’s prose pieces, Texts for Nothing, conceived and performed by Lisa Dwan – well known internationally for her performances and presentations of Beckett’s works. Dwan performed the show at The Old Vic as a one-woman production and it was hailed ‘a triumph’ by The Guardian.

Want to know more? Find out everything you need to know about Endgame. Tickets are still available from £12.