A note from our Artistic Director 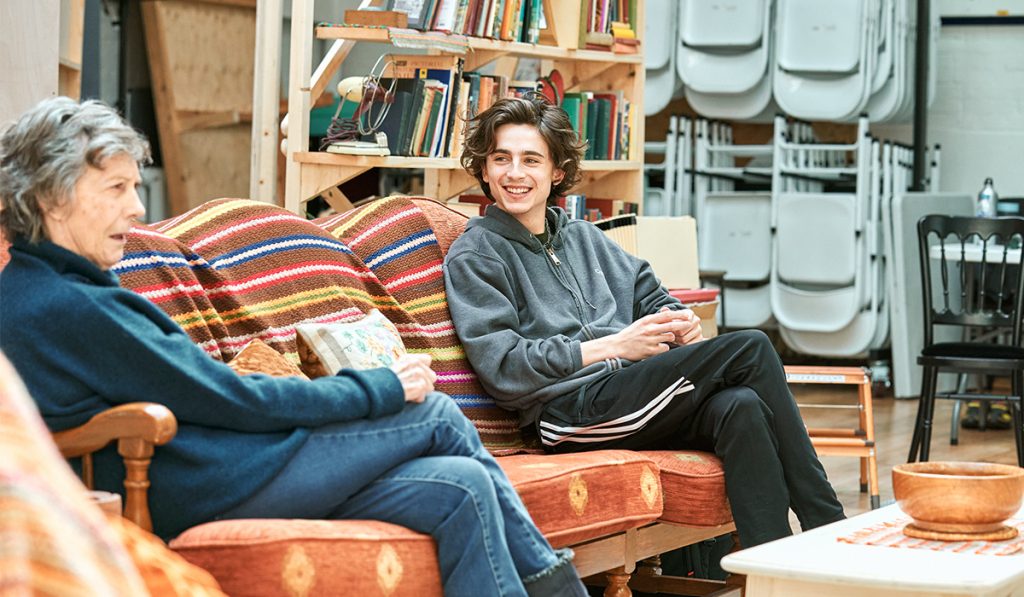 Last week I completed the fourth thrilling week of rehearsals for Amy Herzog‘s radiant play 4000 Miles. With just days to go before delivering this production to a sold out run of eager audiences, we are now regrettably temporarily closing The Old Vic so that we can play our part in slowing down the spread of the Coronavirus.

Interestingly, given this period of social distancing, 4000 Miles is a meditation on the distances between people – geographical distances, political distances, emotional distances and generational distances. It features the odd couple relationship of a feisty 91-year-old New Yorker and her 21-year-old midwestern hippy grandson, both separately grieving and now thrown together for a month in her Greenwich Village apartment. There ensues a very funny and hugely moving examination of the interdependency of these two characters despite the gulf between them.

It is very rare indeed that the two lead characters in a drama are separated by 70 years, and it has been, honestly, an absolute privilege to be in the rehearsal room with Eileen Atkins and Timothée Chalamet as they built their beautiful performances together. And I think it is actually very powerful and uplifting to see that a large part of what’s motivating younger people to self isolate now is their consideration for those older people who are more at risk.

Is it possible that this hugely disorientating and challenging upheaval we’re all now navigating, separating ourselves off from each other on a local and global scale, will actually bridge some of the distances between us in the long run?

Theatre is brilliant at exploring this kind of big question. Contemplating complex, intricate and nuanced ideas is its forte… after all it has a couple of hours to play with unlike click-bait headlines or 280 characters. Theatre is also great at making us laugh uproariously, and weep deeply. It can be exciting, magical, celebratory and breathtaking. Above all it brings us together in the most empathetic and comforting way, and its fascination with the trials, tribulations and wonders of Life is itself a beacon of hope, wisdom, solidarity and optimism.

In other words, theatre is exactly what we need more than ever right now and our sadness at dimming the lights is immense.

Here at The Old Vic we promise to do everything possible to maintain some kind of meaningful connection with our audiences during this time and, with the help of our extraordinary staff, supporters and artists, I know that we’ll be back, as strong and feisty as ever, before too long.

‘Out beyond ideas of wrongdoing and rightdoing,

there is a field. I’ll meet you there.

When the soul lies down in that grass,

the world is too full to talk about’

Let’s all focus on coming through this separation with our togetherness intact. Even strengthened. Take care of yourselves and each other. Be creative. There’s going to be some great theatre on the other side.

I’ll meet you there.